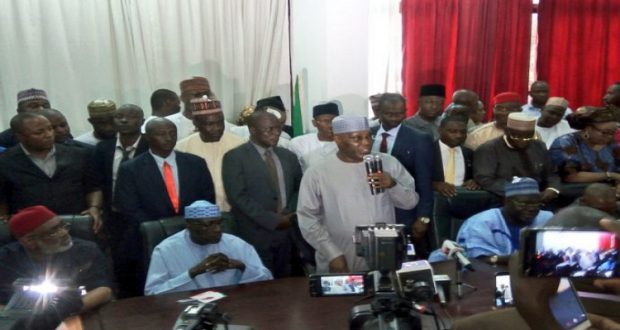 Atiku: Those who left PDP should return home like i did, it is the only party in Nigeria

He was accompanied by a large crowd of supporters and praise singers.

He was received by Dayo Adeyeye, Spokesman of the PDP on behalf of the Ahmed Makarfi-led National Caretaker Committee of the party.

Atiku while addressing party members, said the PDP was the only political party in Nigeria.

He said, “PDP is the only party in this country. All those who left should return home like I did. We want to tell Nigerians that we have learned from our mistakes.”

Previous: Buhari returns to Abuja after Aqaba summit
Next: Atiku’s exit from APC a big loss, no better candidate than Buhari in 2019 – Marwa