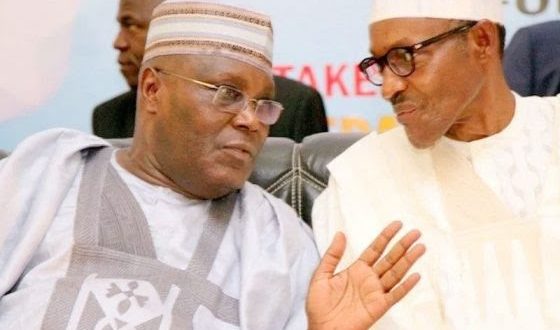 Atiku to Buhari: Come clean about your academic qualifications

Buhari and the All Progressives Congress (APC) are claiming in the  tribunal  that the former vice president was not qualified to run for president.

In the reply filed by Livy Uzoukwu (SAN), the PDP and Atiku argued that, having failed to attach the credentials to the Form CF001, which he submitted to the Independent National Electoral Commission (INEC), Buhari lied that his certificates were with the Nigerian Army.

They challenged Buhari, the incumbent President and Commander-in-Chief of the Armed Forces, to direct the Nigerian Army to make his credentials public, if indeed, they actually exist.

“In further response to Paragraph 381(iv) of the 2nd respondent’s reply, the petitioners aver that the 2nd respondent as Commander-in-Chief of the Armed Forces of Nigeria could easily order the Army Secretary to produce the certificates allegedly submitted if they actually exist.

“Contrary to paragraph 381(i-iv) of the 2nd respondent’s reply, the petitioners aver that the 2nd respondent does not posses the educational qualification he claimed to have in his INEC Form CF001 submitted to the 1st respondent (INEC) having not been attached as required.

“In reply to the paragraph 383 of the 2nd respondent’s reply, the petitioners aver that the 1st petitioner (Atiku) is eminently qualified to contest election for the office of the President of the Federal Republic of Nigeria and had indeed attached evidence of his educational qualifications to his INEC Form CF001 submitted to the 1st respondent, unlike the 2nd respondent (Buhari) who did not attach evidence of the qualifications he claimed in his INEC Form CF001 because he does not possess them as he falsely claimed.

“The purported training and courses” which Buhari had claimed placed him “head and shoulders” above Atiku in respect to educational qualification to contest the presidential election, “did not culminate in the issuance of any certificates he claimed in his INEC Form CF001.”