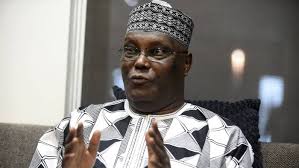 Atiku to PDP: We don’t need crisis now, Nigerians want us to take over in 2023

Former Vice President Atiku Abubakar who is also a top stalwart of the Peoples Democratic Party (PDP) has called for unity among stakeholders of the opposition party.

He made this plea in a statement issued by his Media Adviser, Paul Ibe, in Abuja.

Atiku was reacting to the current frictions in the major opposition party.

According to him, the party could not afford division at this critical point in time when Nigerians were desperately yearning for change.

He noted that many Nigerians are looking up to PDP as an alternative, noting that such party could not afford to be fighting itself and lend its hands to the ruling party for its own destruction.

According to him, party’s faithful should understand that the price of having a fragmented PDP was too high to pay, “but above all, a betrayal to the memories of the founding fathers of the party.

Atiku said: “The PDP is greater than our individual ambitions. We have to consolidate the party first before we talk about our ambitions.

“We have to be careful not to play into the hands of the ruling party.

“We can’t afford a one-party system in Nigeria that denies our people a viable alternative for true change in 2023.”

Previous: Akeredolu vs Jegede: APC chieftains blast Keyamo, others
Next: Lagos Assembly reduces pensions of ex-Governors by 50 per cent