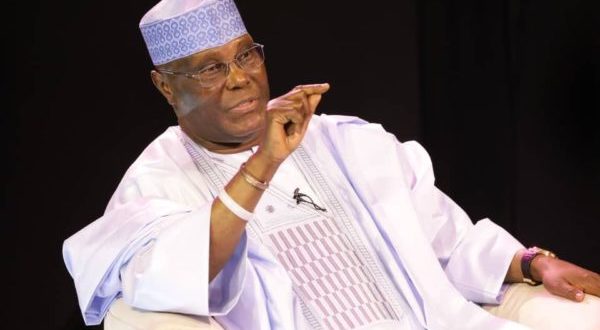 Ex-Vice President, Atiku Abubakar, has urged national leadership of the People’s Democratic Party (PDP) to set up a committee to review recent elections in the country.

Abubakar gave the advice in a remark at the 87th emergency National Executive Council (NEC) of the PDP on Friday in Abuja.

He said that the party should not disregard the role of the Independent National Electoral Commission (INEC) and security agencies in the recent elections.

Abubakar noted that the PDP governed Nigeria well from 1999 to 2015, and as a true democratic party handed over power to the All Progressives Congress (APC), when it lost the general elections.

The PDP candidate in the 2019 presidential election said the hope of the party was that the APC would continue with good governance but it had proved Nigerians wrong.

“It is has become necessary for us to mobilise Nigerians to resist the threat to our democracy, unity and development.

“But what cannot wait is that we should not take what has been happening in our democratic processes from the role of INEC, role security agencies and the judiciary for granted.

“If we take all these roles for granted that will be the end of our hard earned struggle and including our founding members, who are today not alive.

“What can we say we have done to their struggles as they lay in their graves?

“Therefore, as long as we are alive, it is our responsibility to reincarnate the struggle they led that brought about the democracy today that the APC government is threatening,’’ Abubakar said.

The National Chairman of PDP, Mr Uche Secondus, said the with Supreme Court judgment on Imo governorship election delivered on Tuesday, and what had been happening, the party must demonstrate to Nigerians that it is not happy.

Secondus said the party would stage a peaceful protest to demonstrate its grievances about recent elections and court judgments.

He said the leadership of the party must speak to Nigerians and participate in the civil protest to show Nigerians the state of their minds and leave the rest to God.

“It is with deep pain, sadness and concern for the fate of democracy in our nation that I welcome you leaders of our great party to this very important 87th NEC meeting.

“Anxiety has engulfed our country because it is now evident that all the huge sacrifice and contributions of our founding fathers to ensure the endurance of democracy in our land are being thrown to the dustbin.

“All the efforts of our great party to deepen and grow our democracy for 16 years that resulted in our losing power and handing over in a seamless transition to the opposition are being squandered.’’

Secondus said while the party condemned what happened in most states during the March 9, 2019 governorship elections, electoral violence became worst in Kogi and Bayelsa.

Secondus alleged that APC was planning to take over states that the PDP had won.

According to him, the PDP has it that APC want to arm twist the judiciary to get Sokoto, Benue, Bauchi and Adamawa.

Sen. Walid Jibrin, the Chairman, PDP Board of Trustee (BoT), noted that as the party was just recovering from injustice melted to it in the generally elections, another shock came with the judgment of Supreme Court on Imo state governorship election.

“This is our saddest moment, not only for the PDP but to the whole of Nigeria.’’

The meeting was attended by NEC members, including governors of Zamfara, Sokoto and Adamawa as well as Mr Emeka Ihedioha, who was recently removed as Governor of Imo by the Supreme Court.