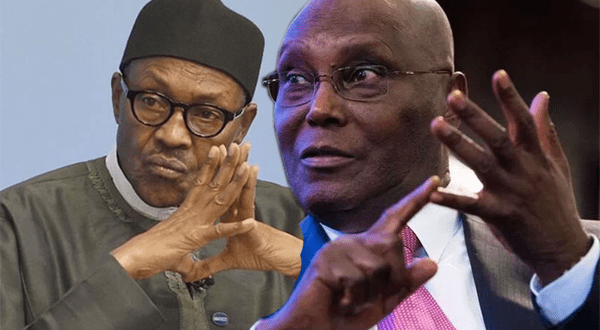 Atiku vs Buhari: Tribunal to deliver judgement on Sept 11

The Presidential Election Petition Tribunal has fixed September 11 to give verdict in the petition filed by Peoples Democratic Party (PDP) and its candidate, Atiku Abubakar against president Muhammadu Buhari’s victory in the Feb. 23 general election.

The Court of Appeal Public Relations Officer, Mrs Sadiat Kachalla, announced this in a notice of judgment in Abuja.

The tribunal on Aug.21 reserved judgment on the appeal after parties adopted their addresses.

Justice Mohammed Garba, Chairman of the five-man panel of justices had stated that the judgment date would be communicated to parties.

While adopting his address, Chief Wole Olanipekun, SAN, Counsel for Buhari, had described the petition as a sham as it lacked substance and merit.

“I have handled a few electoral petition cases, this is one petition that yarns for help, for assistance and for evidence but could not get any.

“Apart from the hype the matter has generated, there is nothing in law to support the allegations before the tribunal, Olanipekun said.

On the qualification of the president, Olanipekun said Section 131 (b) had settled that matter.

“I make bold to say that the Constitution and case laws had not compelled the candidates of the election to tendered certificates or attached same to INEC form before submission.

“The laws only mandate any person contesting election in the country to have gone to school up to Secondary School level,’’ he said.

On the issue of election results transmission by electronic means, the counsel said the use of such technology must be provided for in the Electoral Act.

“The allegation on the management of server by INEC is vague. Where is the server? This is a million dollar question that the petitioners could not substantiate.

“My Lords, this petition was not properly diagnosed, the action was ill-advised, I therefore urge the tribunal not to bow to sentiment or public opinion that does not represent the law.

“This petition is liable to be dismissed with a considerable cost’’, Olanipekun said.

On his part, Mr Lateef Fagbemi, SAN, Counsel for All Progressive Congress (APC) said he could not help but take the liberty to align himself with the submissions made Olanipekun.

“My Lords it is disheartening to see that this petition still remains watery at this stage.

“The petition made allegations they could not proof. We have done a table showing how the petitioners have proven the case so far.

“It is sad therefore to see that the petitioners only called 62 witnesses. Out of this figure, only five witnesses gave direct evidence of what happened in polling units on the day of election.

“I feel sad that this matter has been starved of evidence and therefore deserves to be dismissed,’’ Fagbemi said.

Also, Mr Yunus Usman, SAN, Counsel for the Independent National Electoral Commission (INEC) urged the panel to uphold all of its objections raised against the admissibility of all pieces of documentary and oral evidence led by the petitioners.

Usman submitted that the electoral body conducted the Feb.23 presidential election in total compliance with provisions of the Electoral Act 2010 (as amended).

He also urged the panel to disregard the petitioners’ claims that the results of the election were transmitted electronically to a central server managed by INEC, adding that it was the “greatest lie of the century’’.

He submitted that it was laughable when the petitioners made pleadings that suggested that only the PDP and APC and their candidates contested the election.

Usman prayed the tribunal to take judicial notice of the fact that the Electoral Act 2010 prohibited the transmission of election results electronically.

According to him, the law only provides for manual transmission of election results.

Usman said that all the witnesses presented by the petitioners admitted to the fact that transmission of election results electronically had no placed in the country’s statute books at the moment.

In countering allegations that INEC abandoned its pleadings by not presenting witnesses, the counsel said the commission simply extracted salient pieces of evidence from the petitioners’ pleadings to solidify its defence.

“It would have amounted to wasting the time of the tribunal for us to call witnesses when the petitioners could not discharge the burden of proof on allegations they had made,’’ he said.

Usman thereafter prayed the court to dismiss the petition for lack of merit.

Meanwhile, Dr Livy Uzoukwu, SAN, Counsel for the petitioners urged the tribunal to discountenance the addresses of the respondents, adding that the petitioners had indeed discharged the burden of proof.

He said the tribunal must exercise its powers in good conscience to uphold the petition and return Abubakar as president.

Uzoukwu further said the second respondent (Buhari) was unable to present his Secondary School Certificate before the tribunal in order to rest the allegation.

“My Lords, we pray the panel to judiciously and judicially evaluate our evidence in context of whether we have justified our allegation against Buhari’s certificate or not.

On the issue of server, Uzoukwu said INEC had operated, activated and stored the Feb.23 election results in a centrally controlled server.