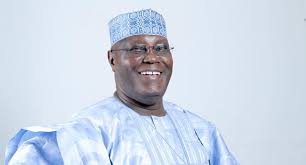 The leadership of the People’s Democratic Party through its Board of Trustees said that 2023 Presidential candidate, Atiku Abubakar will  come up with an acceptable running mate.

It will be recalled that  that Atiku emerged as the PDP 2023 Presidential candidate.

Speaking in a statement on Monday, the  Chairman PDP BoT, Senator Walid Jibrin, described the emergence of the former Vice President as the party’s 2023 presidential candidate as a big success for the party and a good omen for all Nigerians.

He said Atiku’s success at the recently concluded PDP primaries had provided Nigerians with a better offer ahead of the 2023 general election.

Continuing, the statement read “BoT also congratulates Senator David Mark and the whole of his committee for organising one of the best elective National conventions after the Port-Harcourt convention chaired by Governor Okowa of Delta State in 2018.”

He urged all members of the party to be united and rally around the presidential candidate, Atiku, to win the 2023 presidential election and rescue Nigeria from the misrule of the All Progressives Congress (APC).

“Finally, the BoT will assist the party and surely the Wazirin Adamawa himself to come out with a very acceptable Vice president from southern Nigeria,” he added