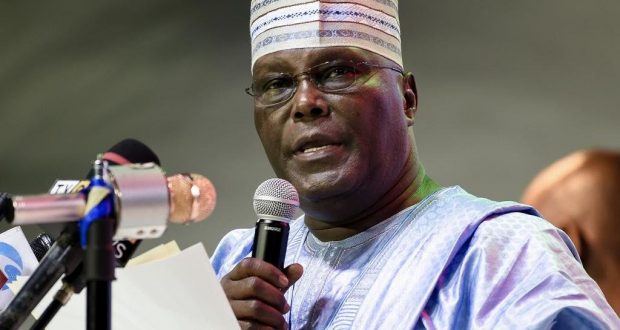 The Peoples Democratic Party, PDP has congratulated the former Vice President, Atiku Abubakar as he marked his 74th birthday anniversary

Showering encomiums on the ex-VP, PDP described him as a detribalized administrator and excellent elderstateman in Nigeria.

“We celebrate the former Vice President, H.E.
on the occasion of his 74th birthday. He is a detribalized Nigerian and a statesman par excellence.

“We wish him good health and more years of courageous service to our dear nation, Nigeria. Happy birthday Sir. Congrats!Bottle with popping cork

Atiku defected to the then Action Congress, AC, under which he contested for 2007 presidency and lost to the then President Umar Yaradua of PDP. He returned to PDP ahead of 2011 general elections, he lost in presidential primary election to the then incubent To President, Goodluck Jonathan.