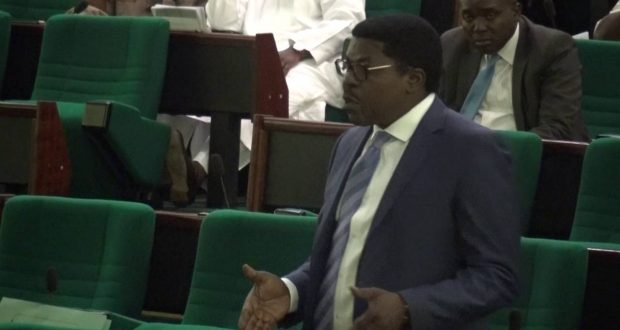 Allegations by former vice-president, Atiku Abubakar, that the All Progressives Congress (APC) has failed in keeping it’s campaign promises are being challenged by a lawmaker from Edo state.

Deputy Chief Whip of the House of Representatives, Pally Iriase, said that Atiku Abubakar was unfair to Nigerians when he accused the APC of unfulfilled promises of by Buhari administration.

According to Iriase, “Buhari took over government at a time when the oil price crashed so there is no way he could have performed a miracle. Some politicians will tell lies when they want to justify their actions. What Atiku said does not make sense to me. Look at all these billions that are being trailed, they are in the hands of Nigerians.

“The President lamented, the other day, that when he was in the military, once you were known to be a thief, he would bundle you into the prison. Then, from there, you would prove whether you were clean or not. But, this time, when you see a thief looting and going away with your money, they will tell you he is innocent, until proved guilty by the court.

He said you could see his dilemma. So, you can see what is happening. “When people say corruption is fighting back, it is serious. But, I believe that given a lot of things quietly going on, despite the paucity of funds, Nigerians will see the sincerity of purpose in this government. When it is time to start pin-pointing what has been achieved, the greater majority of Nigerians will know the difference.’’

Iriase, who is representing Owan Federal Constituency of Edo state in the House of Representatives, pointed out that when campaigns for 2019 begins, “you will see that there will be no Atiku factor in Edo state or Nigeria as a whole.

“This APC government is actually taking Nigeria on the right path. It is just that the rot that you need to clean up to start seeing light at the end of the tunnel is so humongous.

“We, as human beings, by nature want quick fix, but it is not possible to do quick fix. Even now, you are talking about predicating your budget on 45 dollars bench mark, all through the last administration we were talking about 90 dollars to 98 dollars per barrel. Can we talk about that kind of money now? No. So people have to be reasonable,’’ he added.

Previous: Atiku’s exit: APC will put house in order, says Rep
Next: Atiku’s return to PDP: I’m not excluded for aspiring to be president — – Makarfi