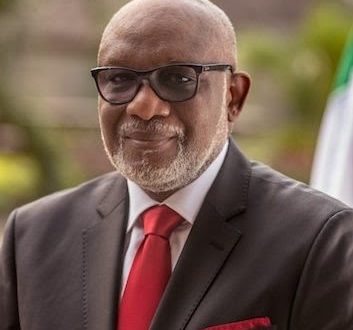 Award: Ondo APC extols Akeredolu, says he is a prudent manager of resources

The All Progressives Congress (APC) in Ondo has felicitated with Gov. Oluwarotimi Akeredolu for the African Governor for Innovative Leadership Award bestowed on him, on Saturday.

The award was given by the African Stride International, in conjunction with the Centre for African Development and International Studies.

The congratulatory message was contained in a statement issued by Mr Alex Kalejaye, the state APC Publicity Secretary, and made available to NAN in Akure.

He said: “We view the award as an affirmation of the governor’s commitment to industrial and infrastructural development, with unfathomable knack for quality.

“From our close observations, Akeredolu has, since assumption of office, repeatedly proved to be a prudent manager of resources.

“He has been faithful to his electoral promises of ensuring rapid industrialisation of the state and improving on workers’ welfare.

“APC notes that the initiatives and the development strides, which have attracted so much recognition, are products of Mr. Governor’s pedigree, unwavering focus, dexterity, uncommon talent and resilience,” he stated.

Kalejaye commended the African Media Stride and its partners for their impartial assessment and for selecting the best among the variety of good products as well as arriving at the laudable conclusion.

He further called for more support for the Akeredolu-led administration in its developmental efforts, saying that it built enduring legacies.