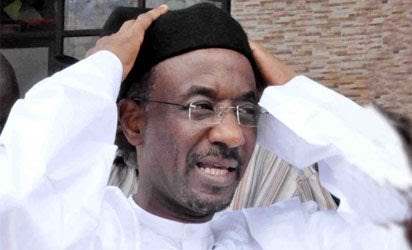 The Civil Society Legislative Advocacy Centre (CISLAC) says it is concerned over the banishment of former Emir of Kano State, Muhammadu Sanusi II by the Umar Ganduje-led state government after his dethronement.

The body called on President Muhammadu Buhari to intervene by ensuring that Sanusi enjoys all his rights and freedom of movement, as clear demonstration for leadership, respect for civility, democratic core values and the constitution.

Auwal Ibrahim Musa, CISLAC Executive Director, in a statement on Tuesday also condemned the disproportionate deployment of government mercenaries including the Police and other security institutions to amplify tussles and public harassment.

It said: “We received the dethronement as nothing but clear infringement of the fundamental rights as guaranteed under Sections 34, 35, 36, 40 and most especially section 41 of the 1999 Constitution of the Federal Republic of Nigeria as amended, which safeguards the right of every citizen of Nigeria to move freely throughout Nigeria and to reside in any part thereof.

“We vehemently and categorically uphold our position on citizens’ right to freedom of expression and movement as guaranteed under Section 39 and 41 of the Constitution. There is no justification for the humiliation, inhumane and degrading treatments as imposed on Sanusi upon his banishment.

“Just as the pronounced banishment by the State Government contravenes Section 35 of the Constitution which safeguards every person’s right to his/her personal liberty, stating that no person should be deprived of such liberty except in circumstances set out in Subsection 35(a-f), given the procedure permitted by law as none of such procedure is followed in the instance case.

“We urge all government institutions including the security institutions to refrain and dissuade from undemocratic and inhumane actions that is tantamount to harassment, intimidation and oppression of citizens on the basis of exercising their legal mandates.”

CISLAC further called on the civil society, media and well-meaning Nigerians to rise up in discouraging unconstitutional and undemocratic actions against any citizen