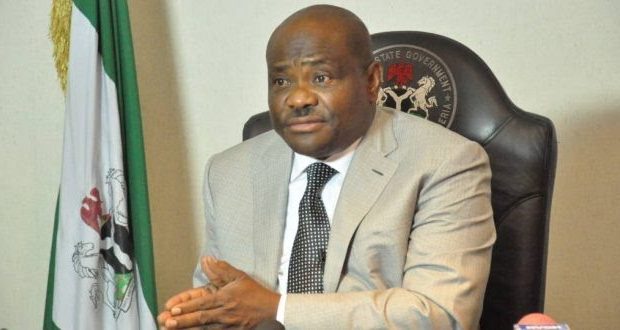 Battle of the Titans: How Wike allegedly frustrated Dickson in Bayelsa gov’ship poll

It is no longer news that there was a schism between Bayelsa State governor, Seriake Dickson’s camp and his Rivers State counterpart over the role the latter allegedly played in the last governorship election in Bayelsa State.

Investigation has, however, revealed that the crisis of confidence between the two governors was provoked by the heavy sum that Wike allegedly spent in the election to prevent Dickson’s candidate, Senator Douye Diri, from winning, The Nation reports.

Although the allegation of Wike’s financial commitment to the election has not been substantiated, a list of beneficiaries of the said sum has been in circulation in the last two weeks.

Dickson was said to be peeved by Wike’s action, which the former considered as an anti-party activity.

Wike had reportedly declared his preference for a former Managing Director of the Niger Delta Development Commission (NDDC), Mr. Timi Alaibe, as PDP’s candidate for the governorship poll.

Besides, Dickson has had a running battle with Wike over the emergence of former Vice President Atiku Abubakar as the presidential candidate of the Peoples Democratic Party (PDP). The Rivers State governor had backed Governor Aminu Waziri Tambuwal of Sokoto State for the presidential ticket while Dickson was the rallying point for PDP governors in picking Atiku.

To show his displeasure, Wike did not wait for Atiku’s acceptance speech after the primary election.

Another bone of contention between the two Niger Delta governors is alleged plan by Wike to hand over power to another Ikwerre man, Rt. Hon. Austin Opara, a former Deputy Speaker of the House of Representatives, in 2023.

Dickson is already galvanizing the Ijaw in Rivers State to resist alleged attempt by Wike to turn them into second fiddle.

The issue of Soku Wells may only have been a smokescreen.