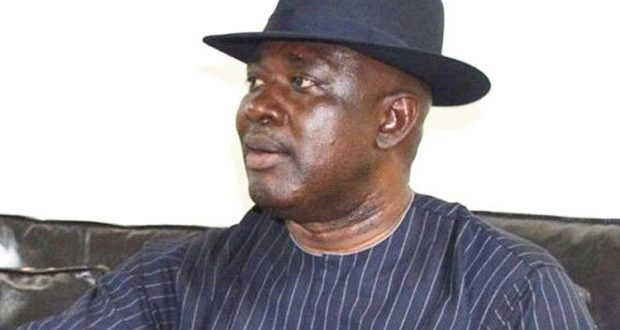 Supporters of a former Minister of State for Agriculture and Rural Development, Senator Heineken Lokpobiri, have rejected the judgement of the Court of Appeal that struck out his case against the Bayelsa State Governor-elect, Chief David Lyon

The Court of Appeal sitting in Port Harcourt, Rivers State, at the weekend dismissed all cases and appeals filed against the candidacy of Lyon including, Lokpobiri’s matter that he should be declared the authentic candidate of the APC for the concluded poll.

But the supporters of Lokpobiri appealed to the former minister to seek redress at the Supreme Court.

A leading member of Lokpobiri’s camp in the APC, Sunday Frank-Oputu, described the ruling as unfortunate saying it had no legal basis.

Okputu said the Supreme Court would determine whether the lower court was right to have ruled that appeal was filed out of time.

He said: “The same Electoral Act as noticed in the ruling of the Supreme Court in September last year also stipulate that the real date of cause of action should be the day the party forward the name of candidate to INEC.

“Not even the date the election was conducted. And with party mechanism, there is a saying that you must allow internal processes to go through. Meaning, you go for appeal and these are results you must present to form evidence for you at the court of first instance to proof your case.

“In the preliminary submission given, the Appeal Court judges had granted all relief sought that they were sought under the law. And now to do the needful, they claimed because the matter is statue barred, they cannot grant the last sought and that the case has merit.

“They nullified the lower court ruling. If there had been no appeal, would they have nullified anything? They have failed to do the needful and have taken sides with political interest.

“At the lower court, they confirm that there was error in the filing by officials of the court. The receipts and every documents showed that the case was filed on the 17th and not 18th. David Lyon cannot claim to have won the primary. No court of law can declare David Lyon candidate.

“At least, we have the Supreme Court to determine the issue of statute barred. We are backing Sen. Lokpobiri for Supreme Court. The only issue is out of time. We have all evidences to proof that the suit was filed on time. The Judge of the Federal High Court had ruled and apologies for the error caused by court officials”.

But a chieftain of the APC, Tokpo Coronation, appealed to Lokpobiri to sheathe his swords and support Lyon insisting that approaching the Supreme Court would amount to waste of time.

Coronation said Lokpobiri benefitted immensely from the benevolence of the APC state leader, Chief Timipre Sylva, and should give peace a chance.

He said if Lokpobiri was the candidate of the APC in the last year governorship election, he would not have won.

He said: “First, let me state clearly that it is within Sen. Heineken Lokpobiri’s fundamental rights to go to the Supreme Court to seek redress. I hold no grudge against him for that. However, I see his fight as one demonstrative of ingratitude.

“For those who may not know, His Excellency, Chief Timipre Sylva nominated Sen. Heineken Lokpobiri as Minister. He was appointed Minister for State, Agriculture and Rural Development, an appointment he held till the end of Pres. Buhari’s first tenure.

“At the time he was nominated by Chief Sylva and while he served as Minister, even Chief Sylva who was and still is the leader of the party in the state was not holding any appointment. Let it be known that Sen. Lokpobiri did not work for, neither did he vote for the APC and President Buhari in the 2015 Presidential Election.

“He did absolutely nothing to deserve that appointment, but he was favoured. Some of us were in the trenches and stood in the face of all the dangers to bring the APC to Bayelsa state and worked for the party and President Buhari with no gain whatsoever. We were shoved aside for people like him who came and benefitted immensely from where he did not sow.

“Now, Chief David Lyon was favoured with the party’s Gubernatorial ticket, went ahead to defeat not only his opponent and the PDP, but also the political machinery and the so-called structure of the Restoration government led by Dickson, and like a fifth columnist, Sen. Lokpobiri has made concerted attempts to rock the boat.

“Like I noted earlier, it is his right to go to the Supreme Court or even the International Court of Justice at the Hague if he will, but if I were him, I would have looked at the benevolence and sacrifices of the party and H.E. Chief Sylva for him and let go. After all, he stands no chance at all to win”.