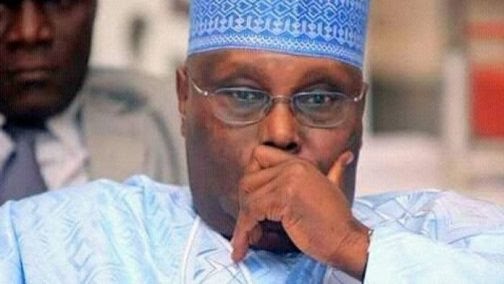 Bayelsa: Atiku urges Supreme Court to be consistent in its judgement

The presidential candidate of the People’s Democratic Party in the last general election, Atiku Abubakar, has advised the Supreme Court to be consistent in its judgement.

He said this while reacting to the Supreme Court’s declaration of Douye Diri as the govenor-elect of Bayelsa State, Punch reports.

Atiku, who stated that the judgement on Bayelsa election showed that “power belongs to the people.”

He made his position known in a series of tweets on Thursday.

Earlier, the National Chairman of the All Progressives Congress, Adams Oshiomhole, had said no one would be sworn in in the state on Friday.

Atiku tweeted, “I received the verdict of the Supreme Court, declaring the candidate of the @OfficialPDPNig in the Bayelsa state gubernatorial elections, Senator Douye Diri, as the duly elected Governor of the state, with gladness.

“I call on all the people of Bayelsa to make peace with the recent past and embrace the future together, united in the mission to transform the state into a haven of peace and prosperity.

“Finally, I urge the Supreme Court to show consistency in its judgments and find the resolve to always deliver just-judgements no matter whose ox is gored.

“The people of Nigeria are behind the apex court in whatever they do to free themselves from the dominance of dictatorial forces.”

The Supreme Court on Thursday nullified the election of Bayelsa State governor-elect, David Lyon, and his running mate, Biobarakuma Degi-Eremienyo, who were already preparing to be inaugurated on Friday (tomorrow).