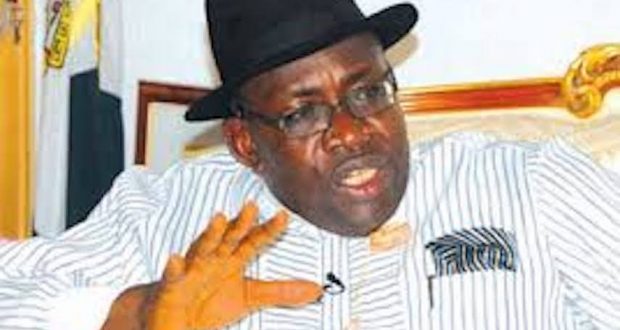 Dickson urged Buhari to stop Sylvia from making scathing remark against the judiciary.

It will be recalled that Sylva had alleged during a rally of the APC that judiciary has become bias against the ruling party, APC, adding that it was delivering procured judgments against the party.

He said: “I hereby call on the President to stop Sylva from masterminding violence, subverting the electoral process, insulting judicial officers.

“Sylva does not put his party together to win election. He insults judges and throws invectives at the judiciary with the intent to harass and intimidate judges from doing their jobs.

“Sylva is known to present unqualified candidates only to insult the judiciary when his edifice of fraud is dismantled by the courts.

“The fact is that Sylva is too small to denigrate the judiciary and other critical institutions of state. If the laws of this country were working, Sylva would not have been where he is to hurl insult at the courts.

“While we are not against the decision of the President to rehabilitate Sylva with his appointment, Sylva should be prevented from desecrating the electoral system, insulting the judiciary and critical institutions of state.”