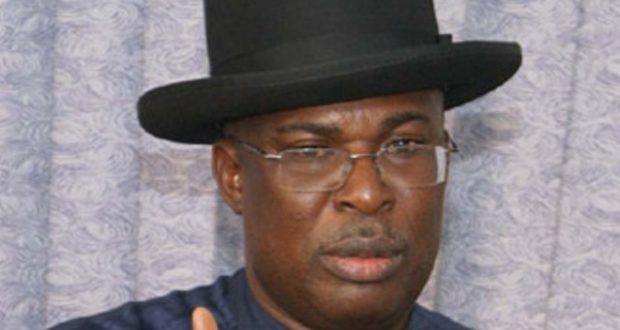 The Minister of State for Petroleum Timpre Sylva has said that the All Progressives Congress, (APC) would win the bye-election for Bayelsa West and Central seats in the state.

Recall that INEC had to reschedule all by-elections from  the initial date of October 31 following the #endSARS protests that rockers some parts of Nigeria.

The Minister expressed the optimism  at the committee rally for the Bayelsa West Senatorial District candidate Ebebi in Yenagoa.

He stressed that the ruling party had more acceptable candidates that are good markets to the electorate.

According to him the recent judgement by a Federal High court sitting in Yenagoa, stopping Ebebi from contesting was a ‘miscarriage of justice’.

“You all know the antecedents of our candidates, Peremobowei Ebebi and Abel Ebifemowei. You also know that the PDP candidates have failed Bayelsa.

“Dickson did not argue that Ebebi was a lawyer, but took him to court on the grounds of his qualification for admission into the Rivers State University of Science and Technology where he read the law.

“It seems to us, the APC family in the state, that the judiciary in the state is targeted at our party and candidates.

“The said judge who gave the procured judgement is sympathetic to PDP, she is partisan and so we are not surprised at the biased judgement that was delivered in favour of Dickson and his party,” Sylva noted.