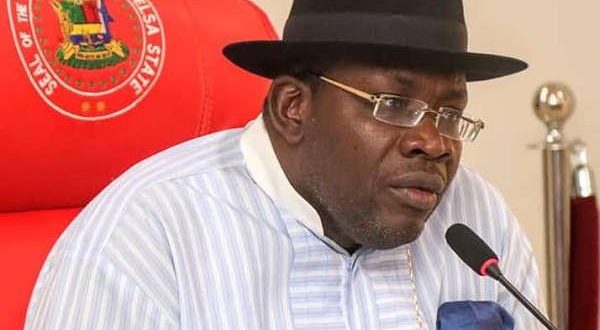 Dickson had accused Anozia of engaging the hoodlums to attack his home in protest following the Supreme Court judgment which upturned the election of David Lyon as governor.

Anozia said he could not have stooped so low to sending hoodlums to attack a house whose location he does not know, The Nation reports.

He said: “With due respect to the office and person of the ex-Governor, I had worked with him harmoniously and dispassionately.

The duty of the police is to maintain law and order, and protect lives and property. On February 13, the Supreme Court reversed the victory of the All Progressives Congress (APC), there was violence and the police went out to control it.

“We have to locate the governor’s house because apart from his house in the village, I do not know where his other houses are.

Through information, we got the house and discovered it had been looted. So I couldn’t have directed anybody to go and destroy property or kill.

“Therefore, this particular information is bitter to taste and repugnant to my hearing. I never did that and will not do so. I do my job basically with the fear of God…”

Anozia said eight persons, who were arrested in connection to the attacks, have been prosecuted and remanded.

Previous: Imo: “You are returning to govt house,” – Pastor tells Ihedioha
Next: Lawan reveals reason why he joined partisan politics