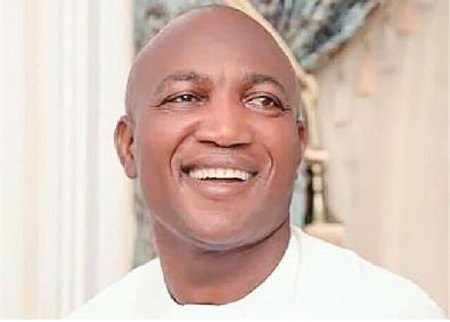 Mr Yekini Nabena, the Deputy National Publicity Secretary of the All Progressives Congress (APC), has reacted to the Appeal Court judgment vindicating the qualifications of Bayelsa Deputy Governor-elect Biobarakuma Degi-Eremienyo.

He said the court judgment reversing an earlier Federal High Court ruling which disqualified Degi-Eremienyo from participating in the Nov. 16. Bayelsa governorship election was commendable.

Nabena, who spoke to journalists on Monday shortly after the judgment in Abuja, thanked the people of Bayelsa state for their dogged and unflinching support for the APC.

It would be recalled that Justice Inyang Ekwo of the Federal High Court, Abuja, had on Nov. 12 disqualified APC deputy governorship candidate, Degi-Eremienyo, over false information given in his CF0001 Form submitted to the Independent National Electoral Commission (INEC) for the Nov. 16 election.

Nabena said: “Going by today’s (Monday) ruling by the three-member panel chaired by Justice Stephen Adah, the legal action undertaken by the Peoples Democratic Party (PDP) was a clear case of abuse of court processes.

“Bayelsans can also now look forward to the administration of the governor-elect, David Lyon that will usher in pro-people programmes.”

The APC chieftain thanked the people of Bayelsa for supporting and identifying with the party’s governorship and deputy governor-elect.