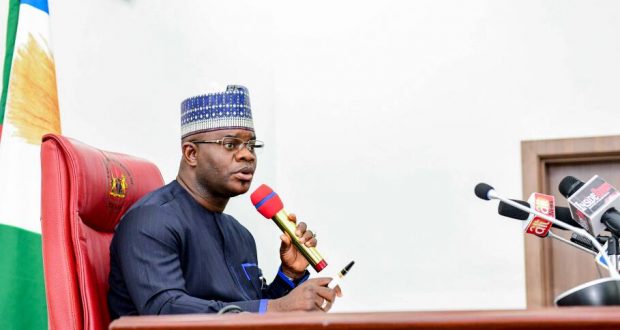 So what about unpaid salaries, no big deal about Kogi governor’s mansion – Aide

The Peoples Democratic Party (PDP), Kogi state chapter has said Governor Yahaya Bello is insensitive to the plight of the people of the state.

The party was reacting to “the building of a castle” by the governor, “which he recently commissioned with pomp and ceremony in his home town.”

“By this act, the governor has once again showed to the world that his personal comfort is of more importance to him than the welfare of the people of the state,” the PDP said in a statement.

“We wonder why a government which has continued to under-develop the state by its actions will be so insensitive to the extent of building private estates at the detriment of the welfare of the people of the state.

“The present Administration in the state is not only a monumental failure but also a great disappointment to the people of the state. We wish to call on Yahaya Bello to pay workers their salaries instead of using the resources of the state to feather his nests. Workers are hungry and dying while the governor is busy amassing wealth.”

But Bello’s Media Aide, Kingsley Fanwo asked the PDP in the state to stop “clutching at the irrelevant and put its house in order.”

Fanwo said the governor had the right to own a personal house in his home town.

Previous: Buhari must stop deceiving himself with his fight against corruption – Fayose
Next: No Adamawa Commissioner has followed Atiku to PDP – Sajoh