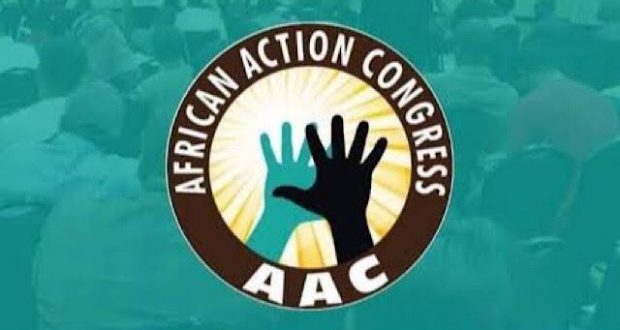 Acccording to AAC, troops from the  Nigerian Army have been killing  children, women and elders residing in seven communities of Shangev-Tiev in the Konshisha local government area of the state.

The alarm was raised on Thursday by the the state chairman of the party, Comrade Rex Elanu, and made available to SaharaReporters on Thursday

,The statement added that the  survivors of the raids have been displaced.

The party claimed that troops  were infuriated by an attack on their convoy by bandits in the area, noting that they have been terrorizing the people because of the attack.

The statement reads: “The attention of the African Action Congress (AAC) Benue State chapter has been drawn to the incessant destruction of lives and properties in no fewer than seven communities of Shangev-Tiev in Konshisha LGA of Benue State. See Also Military EXCLUSIVE: Nigerian Military Invade Benue Community, Kill Over 30 Villagers, Set Ablaze Monarch Palace, 200 Houses 0 Comments 26 Minutes Ago

“We are reliably informed that in the last 3 days, men of the Nigeria military under the ‘Operation Whirl Stroke’ have launched series of attacks on the unarmed civilian population in over 7 communities in Shangev-Tiev, killing and displacing residents including children, women and the elderly.

“The mayhem which was reportedly provoked by an attack on a military convoy by armed bandits who terrorise the area, has since witnessed a misplaced reprisal attack by soldiers with heavy gunfire on unarmed civilians around the area, using both aerial and ground troops to cause colossal destruction.

“Although the bandits reportedly fled immediately after attacking the military convoy, the surrounding communities who needed help from the Nigeria military to get rid of the bandits, are the ones now paying with their lives and properties, to the extent of becoming displaced persons in their own state,” Elanu said in the statement.

The demands the withdrawal of the Nigerian soldiers in that se areas, calling onn the resignation of President Muhammadu Buhari over Insecurity.

“Gungul, Aku and Mbaakpuur communities are being razed down by the Nigerian soldiers. These are communities over 30 kilometres away from the scene where military personnel were reportedly attacked by bandits.

“We want to state emphatically that such an act of terror and impunity is completely reckless, barbaric, inhumane, tyrannical and unexpected from the Nigerian military. Therefore, we demand the immediate withdrawal of the military troops from the affected communities, immediate provision of relief materials to the affected and displaced persons, compensation for the affected communities and prosecution of the military men involved in such a heinous and criminal act.

“We wish to also restate our demand for the resignation of General Muhammad Buhari who has become very insensitive to the security challenges in the country, failing consistently as the President and Commander in Chief of the Nigerian Armed Forces.

“African Action Congress (AAC) Benue State, heartily commiserates with families who lost their loved ones during the attacks and whose houses and properties have been destroyed.

“While we continue looking up to God for help, we must also as a matter of necessity, begin to mobilise massively in order to resist and eliminate this minute percentage of ‘political monsters’ in power, through every legitimate means possible: the reason we always recommend #RevolutionNow Protests,” the statement added.