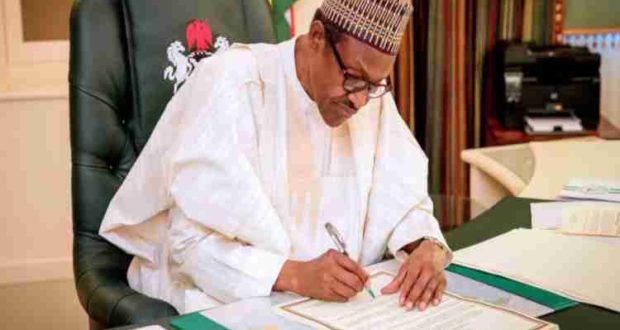 The Buhari Media Organisation (BMO) has commended President Muhammadu Buhari for ensuring autonomy of other arms of government at sub-national levels.

The statement was released by its Chairman, Mr Niyi Akinsiju, in Abuja on Sunday.

According to him, the President has done a lot to deepen democracy and strengthen democratic structures in the country in the last five years.

“This is more than what any administration had done since the return of democracy in 1999.

“The President’s actions in ensuring autonomy of other arms of government at sub-national levels are unprecedented.

“We invite Nigerians to note how President Buhari displayed a political will to free local government councils from the apron strings of state governments by simply ensuring that constitutional provisions on financial autonomy for the third tier of government is respected.

“Section 162 (6) and (8) of the 1999 Constitution on State Joint Local Government Account has, as far back as the Obasanjo years, been implemented in the breach.

“But this administration without much ado, simply enforced the provision through the Nigeria Financial Intelligence Unit (NFIU).

“This has for about a year now drowned agitation for local government autonomy in the country and strengthened the Buhari administration’s hand enough to move for the autonomy of State Assemblies and Judiciary, through an Executive Order,” Akinsiju said.

According to him, all these were unthinkable in the past, until the President opted to invoke part of his powers, to strengthen democratic structures at the sub-national levels