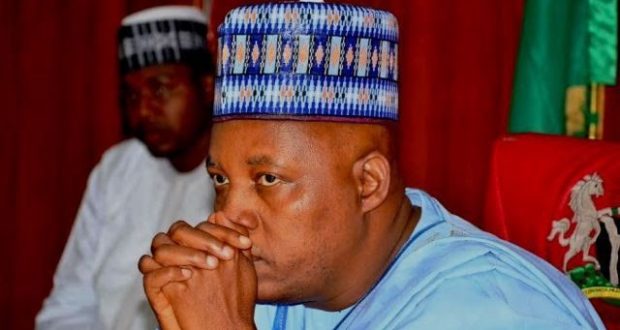 The President, Coalition of Civil Societies and Media Executives for Good Governance in Nigeria (COCMEGG), Comrade Omoba Aigbegbele has raised the alarm that seven chieftains of the All Progressives Congress (APC) in Borno state have staged devilish campaign to destroy former Borno Governor Senator Kashim Shettima.

The group said the campaign was as a result of the chieftains’ grievance with outcome of the 2019 governorship elections in Borno and regrouping ahead of 2023.

The President, Coalition of Civil Societies and Media Executives for Good Governance in Nigeria (COCMEGG), Comrade Omoba Aigbegbele, raised the alarm in a statement he on Thursday from Lagos.

Aigbegbele revealed that already, the undisclosed chieftains have planted a mischievous allegation in the social media, claiming Shettima has been boasting of being in worth of $900m in cash.

The group, he added, went as far as fabricating a fake wikipedia page to support the false narrative.

“As activists of public rights, we have the solemn duty to raise our voices not only against the wrongs carried out by public office holders but also those done against them by other Nigerians. We speak against everything that is either evil or wrong.

“Since December, 2019, a group of seven chieftains of the APC in Borno state, five of whom are former public office holders and two of them in public service, have been making frantic efforts against one of their own, former Governor Kashim Shettima. Their main grievance is outcome of the 2019 governorship election in Borno, and ahead of 2023.”

“My particular concern is the fact that these chieftains have been shopping for civil societies they can recruit into their evil mission. The group has recruited two experts on ICT and social media engagements and have also gone far in trying to register a pseudo civil society platform they call Northeast Vanguard Against Corruption and Bad Governance, with the singular objective of leading vicious media campaigns against the former Governor and the current administration in Borno state”.

“Their number one aim is to have Kashim Shettima humiliated whether by the EFCC and ICPC or by losing at the polls in 2023 should he seek reelection for the Borno central senatorial seat which he now occupies“.

“As part of their mission, the chieftains recently planted through one of their associates, a mischievous narrative on Twitter, that former Governor Kashim Shettima has been claiming he is worth $900m which is equivalent to nearly N400 billion. This outrageous claim means Shettima is now worth more than the combination of federal allocation and internally generated revenue his government received in the eight years he was Governor of Borno” the coalition said.

Aigbegbele noted that the chieftains had, with the services of their two ICT experts, mischievously edited a wikipedia page which they screenshot and shared through the social media, claiming that former governor Kashim Shettima is worth $900m and has failed to account for N200 billion.

“Fact is that anyone who googles Kashim Shettima on Wikipedia will not see anything relating to $900m on the wikipedia page because that addition could not stand” the coalition said.

Previous: Fuel Subsidy: PDP govt most corrupt, should bury itself in shame- Buhari’s group
Next: COVID-19 Palliatives: Presidency fires back at Senator Ndume over comment