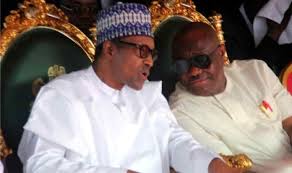 Rivers State Governor Nyesom Wike has said that he was nearly assassinated while working as the Chief of Staff to ex-Governor Chibuike Amaechi, in 2007.

It will be recalled that Wike was the former Chief of Staff to Rotimi Amaechi during the first tenure of the latter.

It should be noted that the Governo is aspiring for the office of the President under the Peoples Democratic Party, PDP

According to Wike, Buhari  failed because some people who gave him power even when he was not ready to serve the country,.

He added that it was wrong for people to get power, on a platter of gold.

“Power is not given. Nobody is going to give you presidential power on a platter of gold.