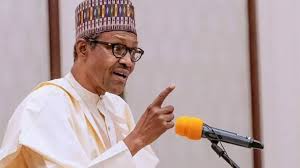 Buhari intimidating us to join APC, PDP Governors cry out

Peoples Democratic Party( PDP) governors in the North alleged yesterday that the Muhammadu-led Buhari Administration is intimidating them and other members of the opposition party to join the All Progressives Congress(APC).

They claimed that some of their colleagues, including Ben Ayade(Cross River) and Bello Matawalle (Zamfara),who recently defected to the ruling party did so involuntarily.

The PDP governors also accused the Buhari Administration of shortchanging the North despite controlling political power.

But the APC faulted the allegation the PDP governors, saying its track records were the reasons for the development.

Briefing reporters after the meeting at the Taraba State Governor’s Lodge, Asokoro, Abuja, Governor Darius Ishiaku described the action as “undemocratic and unacceptable.”

He said: ”All governors of the PDP who have joined the ruling APC in recent times did so because of intimidation. Most of our members are also being intimidated persistently. We want the intimidation stopped because we are not comfortable with it.”

Ishiaku added that the PDP governors in the North were dissatisfied with the kind of leadership being provided by the APC and had made up their minds to remain in the opposition party to rescue their respective states.

”And we are drawing the attention that even though the leadership is in the North, our region is being short-changed. We want that observation to be noted.

“We the PDP governors have also resolved that, on our own, to continue to do our best for our people as we have already been doing in our various states.”

The APC described the governors’ allegation of intimidation as “laughable.”

Akpanudoehede said: “This allegation by PDP governors is laughable. Nobody is intimidating anybody to join the APC. People are coming on their free will.

”The record is straight. President Buhari is too strong and his successes are so rooted that these (defecting) governors have seen and have concluded that it is better to team up with an achiever like President Buhari.

”The truth is no one is pursuing them, they are not under any threat to leave PDP. They have constitutional immunity as governors. They know they can’t be prosecuted, they left PDP on their own to consolidate.”

Also yesterday Rep. Ahmadu announced his defection to the ruling party, citing crisis within the state chapter of the opposition party.

His letter of defection was read on the floor of the House by Speaker Femi Gbajabiamila amidst protest by the minority leadership.

House Minority Leader. Ndudi Elumelu immediately faulted the reason given by Ahmadu for his action while his deputy, Toby Okechukwu, accused Gbajabiamila of breaching the 1999 Constitution with his admittance of defectors into the APC.

Gbajabiamila said: “ You do not have the right to address the chair in any language you choose.

“I am not here to interpret the Constitution and to decide whether there is a crisis in any party or not. The courts are there to do so. My duty here is to preside over this House and make announcements where necessary.”

Also in Abuja, the PDP described as faulty, the opinion of Minister of State for Labour and Productivity Festus Keyamo (SAN) on its decision to challenge Matawalle’s defection in court.

The minister had argued that once elected, a governor was free to drop his party ticket and defect to any party of his choice.

The PDP had said that Zamfara State Deputy Governor Mahdi Gusau should become the governor since Matawalle had opted to join the APC.

In a statement yesterday by its Spokesman, Kola Ologbodiyan, the PDP said it would not be deterred by a series of threats and attacks coming from the APC, including the “unintelligent, hogwash and unsolicited legal opinion” expressed by Keyamo.

Stating that Keyamo’s opinion lacked sound legal reasoning, the PDP queried his credentials as a Senior Advocate of Nigeria.

The statement reads in part: “Keyamo, in his failed effort to fault our reliance on the Supreme Court’s direct interpretation of Section 221 of the 1999 Constitution (as amended) in its judgment on Faleke v. INEC ended up exposing a poor knowledge of the application of the law, by stating that the judgment cannot apply in a case of the defection of a governor from the party on which platform he was elected to another, particularly, a party that did not even participate in the election. 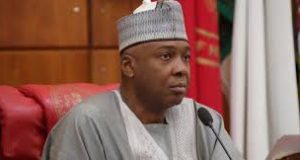