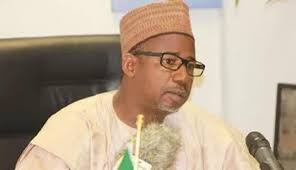 Buhari-led APC govt a regional and nepotistic one- Bala Mohammed

According to hm, he would run an all-inclusive government and not a regional one if elected.

Speaking with his former colleagues, the PDP Ministers in Abuja, Tuesday night, Gov. Mohammed accused the APC government of polarising the country along regional and tribal lines.

He added that  Buhari-led presidency is a “regional” and nepotistic government.

He said, “the nation is in pieces. Nigeria is no longer there under APC. The country is too divided. Why is the country so divided? We must reduce the acrimony. APC has destroyed everything. It is all nepotism”.

The former lawmaker stressed further: “We are detribalized as democrats. We cannot be a regionalized government”, while urging his former colleagues to assist him form a government that would work for all Nigerians, regardless of their region, religion and status.

He vowed to checkmate the current borrowing profile of the APC administration, adding that the Buhari’s government was afraid of accountability, and was “promoting name-calling in the name of investigation that is selfish and unproductive”.

“You will help make Nigeria great again by collaborating together in this effort. We shall not take APC for granted. They are planning all sorts of intimidations but we are steadfast”, Mohammed told the PDP Ministers’ Forum, while pledging his loyalty to the party, saying he would not abandon it.