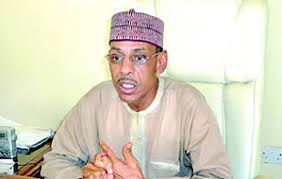 The spokesman of Northern Elders Forum (NEF), Hakeem Baba-Ahmed,  has said that both the the All Progressives Congress (APC) and the Peoples Democratic Party (PDP) are to be hrld responsible

He made this remark on Monday evening an interview session with Channels Television.

He was  reacting to the comment of PDP governors that APC is coercing their members to join the ruling party.

According to him, the PDP should  provide evidence to Nigerians that the state house is using “extra-legal and political muscle to peer away” its governors to the APC.

“If governors (referring to PDP) have evidence that the state house, the villa, is using extra-legal and political muscle to peer away governors from their parties, I wish they will share some of this information with us,” he said.

”There have been defections from both sides. Like I said earlier on, we are dealing with one and the same thing.

“In the last 16 years, since 1999, it is these two parties that have destroyed this country and they are playing the same game, all over again.”

He added that by 2023, APC “will have completely wrecked” the country

He also said that the main opposition, PDP has not provided the blueprint for resolving the challenges bedeviling the country.

He added that both parties are just after grabbing power, and not after the development of the country.

“What did the PDP say it is going to do about bringing these different parts of the country together? Where is the economic blueprint to do with unemployment; to do with the building of the Nigerian economy, all they are interested in is 2023,” he added.

“What are they going to do with 2023 because between now and 2023, in one and half year, APC would have completely wrecked this country. You are going to take over a country that is effectively destroyed by a party that has been substantially produced by PDP.”