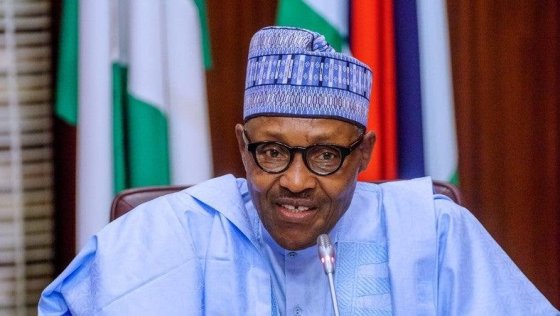 President Muhammadu Buhari says he will continue to treat all geopolitical zones of the country fairly irrespective of political affiliation.

The president made the statement during the commissioning and official handing over of Umunze Erosion/Flood Control and Road Improvement works in Orumba South of Anambra state.

Buhari represented by the Minister of State for Environment, Mrs. Sharon Okeazor said that no part of the country would suffer any neglect owing to its geographical location or political considerations.

The present administration under me, promised that no part of the country will suffer any neglect owing to its geographical location or political considerations and i am committed to making sure that everybody is treated equally in the country.

I will remain faithful to all parts of the country” he said. The president said that erosion menace has become one of the major challenges in Anambra state, assuring federal government committed to addressing it frontally.

He urged the residents to stop indiscriminate dumping of refuse ,as it is one of the major cause of erosion.

Speaking at the occasion, the governor of Anambra state Chief Willie Obiano,who thanked the Federal Government for the good work, said the state was losing its little land to erosion. Obiano who was represented by his deputy,

Dr. Nkem Okeke said that Anambra state has the smallest landmass in the country and erosion was rapidly taking it over, Daily Trust reports.