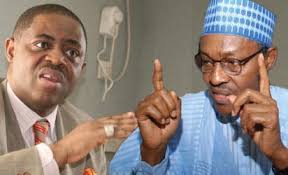 Femi Fani-Kayode, a former Aviation Minister, has revealed how President Muhammadu Buhari reacted to his decision to join the All Progressives Congress, APC.

According to him,  Buhari was delighted with his decision to join the ruling party.

He was presented to the President by APC acting Chairman, Mala Mai Buni.

Fani-Kayode, in a series of tweets of Friday wrote: “It was an honor and a privilage to visit President Muhammadu Buhari at the Presidential Villa, Aso Rock, yesterday in the company of my dear friends and brothers, Governor Mala Mai-Buni and Governor Bello Matawalle.

“Mr. President received us very warmly and we had an excellent meeting. I intimated him of my decision to join the APC and he was delighted with the news.

“Now we move forward together to make our country a better place and to bring peace, love and stability to our shores. God bless Nigeria.”

The former PDP chieftain was a staunch critic of Buhari, his government and the APC.