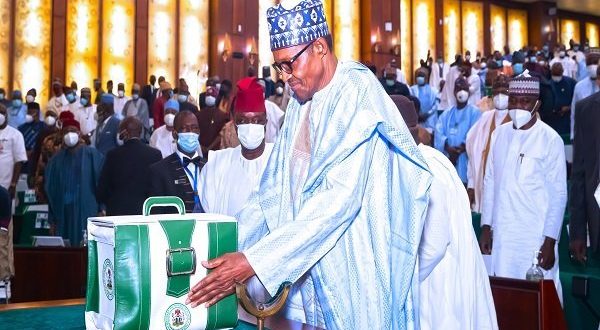 Auwal Musa, Executive Director, CISLAC and Head, TI, told the News Agency of Nigeria in Lagos that the national assembly should remove any form of waste, duplication and misplaced priorities in the budget.

“We call on the governments at all levels to think proactively on more serious ways of reform our economy other than this borrowing spree that we are in.

“We urge Nigerians to rise, engage, ask necessary questions and also proffer ways forward out of this current economic predicament.

“A general look at the budget still shows that we are budgeting for debt servicing, and not even repayment,” Musa said.

He said that the budget, as presented by the president, had a significant increase in deficit beyond the provisions of the Fiscal Responsibility Act (FRA), 2007.

The executive director said that the deficit was projected at N5.2 trillion, representing 3.64 percent of the estimated Gross Domestic Product (GDP) of 0.64 percent, above the 3.0 percent threshold set by FRA.

“This, in itself, is a step against fiscal responsibility and a further slip into deeper financial imprudence by the government.

“This is rather very scary. But in the midst of this looming danger, the amount of ₦5.65 trillion was proposed for recurrent expenditure, a 14 percent increase from the 2020 budget.

“The question now is: Isn’t it time for government to start thinking on how to cut down the cost of governance in Nigeria?

“For instance, the recurrent expenditure of N5.65 trillion, added to the debt servicing provision of N3.12 trillion, is equal to N8.77 trillion. This is almost one trillion higher than the expected revenue of N7.88 trillion for the year.

“Literally we are going to borrow to service loans and pay salaries,” he said.

Musa queried the dependence on borrowed resources rather than staying within the limit of the available resources for the management of the economy.

“The government should proactively think about how the revenues can be generated internally and work with that. Anything outside this should be seen as unrealistic.

“Considering the fact that we don’t have enough to pay salaries and service our debt, it is obvious that capital projects within the budget will be financed through borrowing,” he said.

Musa, therefore, called on the national assembly to judiciously scrutinise the budget and remove any form of waste