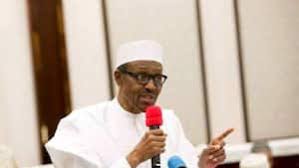 Buhari’s visit to Imo a mockery on Igbos- PDP

The main opposition, the peoples Democratic Party, PDP, has lashed out at President Muhammadu Buhari’s planned visit to the State.

The State Publicity Secretary of PDP, Ogubundu Nwadike, said Buhari’s visit is a mockery on the people of the State.

Governor Hope Uzodinma had recently disclosed that the President would visit the state on Thursday.

Uzodinma said Buhari would commission significant projects during his official visit to the state.

However, Nwadike accused Buhari and Uzodinma of causing war in Imo State.

In a statement by Nwadike, he said: “In recent months, Imo, once a land of peace, was forcibly turned into a theatre of war. Today, Imo knows no peace principally because the governor is on the warpath.

“Imo under Governor Hope Uzodinma is a police state. Basic freedoms of the people have been curtailed while an army of occupation reigns and rules in the land. The entire scenario leaves a bitter taste in the mouth.

“For us in PDP, the presidential visit is a deliberate ploy to mock the people of the state to their very face. This is callous and inhuman.”

Previous: Your brain needs to be examined for supporting Buhari- PDP Chairman attacks Ebonyi gov
Next: Wike to gov Umahi: You need a psychiatric check for your comment