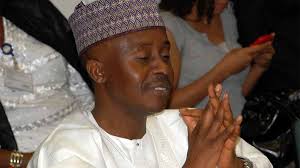 A former Minority Leader of the House of Representatives, Farouk Aliyu has stated reasons why the presidential candidate of the All Progressives Congress, Bola Ahmed Tinubu, has not picked a running mate yet.

He said that the picking of the acceptable one is being delayed been delayed due to the complexity of the country.

According to him, the search for Tinubu’s running mate is about competency and not religion, adding that his choice will be made public soon.

He said the party may end up presenting to Nigerians a Muslim-Muslim ticket or a Muslim-Christian ticket, but noted the person will be accepted by all.

“The choice of the Vice presidential candidate of our party lies on the candidate and the party’s stakeholders and we’re still consulting and I assure you we’re going to come up with a candidate who will foot the bill, who’ll be acceptable to all Nigerians,” he said on Channels Television’s Sunday Politics

“And I also assure that by the time the name is out, everybody will believe and be convinced that we made the right choice.

“So just give us a little time and we’ll come out with it soon. It is not difficult for Tinubu to pick a running mate but just the complexity of the country.

“You understand that many people are talking about Muslim-Muslim, Christian-Christian ticket forgetting that no matter the diversity in the country one must win election. We’re consulting.

Previous: Defection: Tinubu has pacified aggrieved Senators – Shettima
Next: Group to Obasanjo: Atiku fought against your third term agenda to save Nigeria