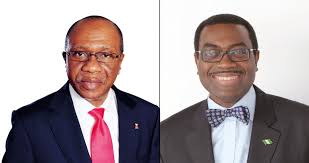 The ruling All Progressives Congress (APC) has drawn flak with the decision to screen its presidential aspirants who withdrew from the race and those that rejected forms bought for them for its primaries holding in Abuja this weekend.

They will be screened with those who submitted their forms before the close of submission, The Nation reports.

Ngige and Minister of State for Petroleum Timipre Sylva withdrew from the race shortly after the presidential directive that ministers with political ambitions should resign; Jonathan said he did not authorise anybody to collect forms for him.

Emefiele thanked the rice farmers who bought forms for him, explaining that he would use his hard-earned money as a banker of over 35 years to buy forms if he eventually decides to run after hearing from God. He subsequently went to court and obtained an order that he should not be stopped from running, if he so decides.

Nothing was heard about Jonathan and Emefiele submitting their forms, as they were reported to have chickened out of the race.

But Adesina, who spoke from AfDB Headquarters in Abidjan, Cote d’Ivoire, after his forms were submitted by the buyers, said he was not interested in running for president in 2023.

The party’s decision to screen them left political watchers wondering when Jonathan, Emefiele, Sylva and Ngige submitted their forms. “How and when did they submit their forms?” one of them asked.

APC National Organising Secretary Sulaiman Argungu, however, said none of the aspirants had written to formally withdraw his aspiration.

“All the forms of the 28 aspirants will be taken to the screening committee on Tuesday (today), God willing, at Transcorp Hilton Hotel, Abuja”, he added.

A condition in the forms, which requires aspirants to sign an undated withdrawal letter, is arousing curiosity.

It is believed that the condition was inserted to pave the way for a consensus candidate.

But the Electoral Act is clear on how a consensus candidate can emerge – the consent of all aspirants must he obtained to secure consensus.

According to Section 84 (9): “A political party that adopts a consensus candidate shall secure a written consent of all cleared aspirants for the position, including their voluntary withdrawal from the race and their endorsement of the consensus candidate”.

The provision is clear and unambiguous, said an observer. “A consensus candidate must emerge with the backing of the aspirants. They can therefore not be asked to sign an undated undertaking before such a candidate emerges”, he said.

If the aspirants do not agree on a consensus candidate, the Electoral Act allows a party to adopt either the direct or indirect primaries to pick its candidate.

Section 84 (10) stipulates: “Where a political party is unable to secure the written consent of all cleared aspirants for the purpose of a consensus candidate, it shall revert to the choice of direct or indirect primaries for the nomination of candidates for the aforesaid elective offices”.

There are dire consequences for a party that breaches the provisions of the Act in the conduct of its primaries as contained in Section 84 (13) which states:

“Where a political party fails to comply with the provisions of this Act in the conduct of its primaries, its candidate for election shall not be included in the election for the particular position in issue”.

The law also warns parties against imposing nomination conditions on aspirants or candidates that are not in consonance with constitutional provisions.

“A political party shall not impose nomination qualification or disqualification criteria, measures or conditions on any aspirant or candidate for an election in its constitution, guidelines or rules for nomination of candidates for elections, except as prescribed under Sections 65, 66, 106, 107, 131, 137, 177, and 187 of the Constitution”, says Section 84 (3).

The constitutional provisions state the requirements for those seeking election into various offices. These requirements include age, Nigerian citizenship, educational qualification and sound mind.