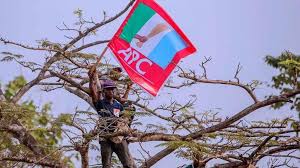 The exco of the  All Progressives Congress, APC, in Benue State has asked one Barrister Omale Omale to stop parading himself as the consensus candidate of the party following the recent state congress.

It was learnt that congress, which was held on October 16, made Austin Agada emerge as chairman of the party after an election was conducted.

He emerged during the elective congress of the  following the inability of the party to have a consensus candidate.

Agada,  polled over 1,000 votes to clinch the position ahead of his rival, Barr. Omale Omale, from Apa, who got 27 votes.

Omale has rejected the result, insisting that he was the consensus candidate of the party.

He added that he hould be given the chairmanship position, generating confusion among party members.

Reacting in a statement issued on Friday by 35 members of the exco-elect, the party disowned Omale Omale insisting that he lost during the election.

The statement reads, “It is true that many of us purchased forms for different positions at the state Congress. It is also true that in all cases, a consensus was reached except for the position of State Chairman that consensus couldn’t be reached, leading to a full-scale election in conformity with the party constitution/guidelines.

“The result of the election to the state chairmanship position as announced by the Chief Returning Officer for the APC 2021 State Congress and Committee Chairman Rt. Hon. Mohammed Abubakar is as follows:

“Consequently, we wish to state as follows: That we unreservedly disassociate ourselves from the purported list of exco members being paraded by Bar Omale Omale who clearly lost to Hon. Austin Agada at the state Congress.

“It is an incurable absurdity that Bar Omale Omale who submitted himself to an election (as consensus couldn’t be reached), at the Aper Aku stadium and was resoundingly rejected by an overwhelming majority of the delegates to the state congress, will turn around to lay false claims to the state chairmanship position of our party on the fictitious ground that he was the consensus candidate for the position.

“We, therefore, call on the unsuspecting members of the public and teeming members of our great party, the All Progressives Congress (APC), in Benue state, to discountenance the purported list which has Bar Omale Omale and our names as excos -elect of the party, as the authentic list is the one that has Hon. Austin Agada, who won by landslide at the congress, was the state chairman-elect of Benue APC.

“We wish to also commend the teeming supporters of our party in the state for the restraint and calmness they have continued to exhibit, even in the face of provocation from some persons who are bent on embarrassing our great party and causing disaffection within the ranks. We urge them to continue to remain calm and law-abiding.

“We advise, Bar Omale Omale to retrace his steps and explore other internal mechanisms of the party provided by our constitution for resolving the dispute.

“Finally, we wish to congratulate Hon. Austin Agada on his election as the state chairman of APC in Benue and urge members of our great party in the state to continue to have faith in the firm and visionary leadership of Senator, Dr. George Akume, as the party seeks a common ground to harmonize all our interests for a greater and stronger Benue APC”.35

Previous: 16 APC Governors have endorsed Tinubu for 2023 presidency- Adeyeye
Next: Nigerians still like us, we will win in 2023- APC