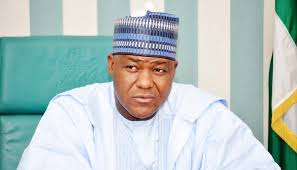 Some key members of the All Progressives Congress (APC) in Tafawa Balewa Local Government Area of Bauchi State have accused the immediate past Speaker, House of Representatives, Yakubu Dogara, of hijacking nomination forms for the party’s forthcoming congresses in the area.

Speaking to journalists at the end of his group’s meeting held at the Vanilla Garden in Bauchi on Thursday, the leader of the group, Alhaji Bala Burga, said that the former speaker has perfected plans to deny political actors who do not belong to his camp in the Bogoro/Dass/Tafawa Balewa Federal Constituency the opportunity of seeking elective offices in the party.

He said that the situation denied members who were not in Dogara’s camp the opportunity to get the forms in line with principles of justice, fairness and democratic tenets.

“The forms were supposed to be given to the APC chairman of Tafawa Balewa Local Government Area but instead the state leadership of the party gave the nominations forms to Dogara’s close ally, Honourable Muhammad Aminu Tukur, who collected them on behalf of Dogara and gave it to Dogara’s supporters only, thus denying members who are not in Dogara’s camp the opportunity to get the forms in the interest of justice, fairness and democratic principles,” Burga alleged.

He noted that being law-abiding members of the party, the aggrieved members filed their complaints before the APC appeal committee.

He then called on President Muhammadu Buhari and Governor Mai Mala Buni-led caretaker committee to intervene in the matter in order to give members equal right and opportunity in the best interest of the party line with its constitution.

“It is good for all APC members to learn their lesson from what happened in Zamfara State where the Supreme Court sacked all elected members of the party and gave victory to PDP for failure of APC to conduct party primaries according to party constitution,” he admonished.

According to him,  in the best interest of justice, all interest groups in the party had to be consulted with a view to reaching an amicable resolution in accordance with the guidelines issued by the national leadership of the party.

When contacted, Hon Tukur denied the allegation against Dogara, saying that as the leader of the party in the federal constituency, interested party members paid for nomination forms through the former speaker who directed him (Tukur) to purchase the forms for them.

According to him, the forms were purchased and distributed the same to recognized elected party chairmen in the three local government areas.

“The APC in the state agreed to hold congresses through consensus and credible stakeholders of APC in Dass, Tafawa Balewa, and Bogoro Federal Constituency paid their nomination forms through the leader of the party and high ranking principal officer, Yakubu Dogara.

“Dogara sent the money to purchase the forms through me. I bought the forms on behalf of the credible stakeholders in Dass, Tafawa Balewa and Bogoro constituency as directed by Dogara and I distributed the forms to recognized elected party chairmen in the areas,” he explained.

Previous: 2023 Poll: PDP has already conceded defeat, says APC
Next: Anambra Guber: Court refuses to include Buni as a defendant in a suit challenging emergence of Andy Uba