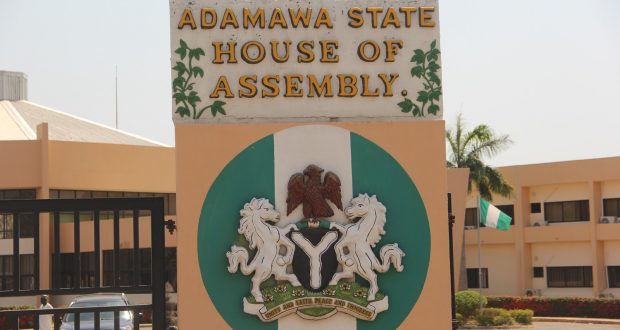 The position of the House was made known, on Thurs,day by the House Committee Chairman on Information, Abubakar Isa (APC-Shalleng).

Isa said that the House considered 11 out of the 15 alteration bills transmitted to it by the National Assembly.

Isa said the bills approved included financial autonomy for state legislature, legislative immunity for things said on the floor during plenary, and change of Nigeria Police Force to Nigerian Police.

According to him, the rest are, limitation of time for budget presentation and single tenure for a person who concluded another person’s tenure.

Meanwhile, the House at plenary on Thursday considered and adopted the report of the House Committee on Health and Human Services on a bill to amend the law establishing the Adamawa State College of Health Technology.

Presenting the report, Shehu (APC- Mubi North) said that the bill, if considered would enhance operations of the college.

The Speaker of the House, Kabiru Mijinyawa, directed that the bill be scheduled for a third reading.

Previous: Ambode will seek re-election in 2019 – Commissioner
Next: Don’t open your doors to politicians, 2019 is approaching, CJN warns Judges