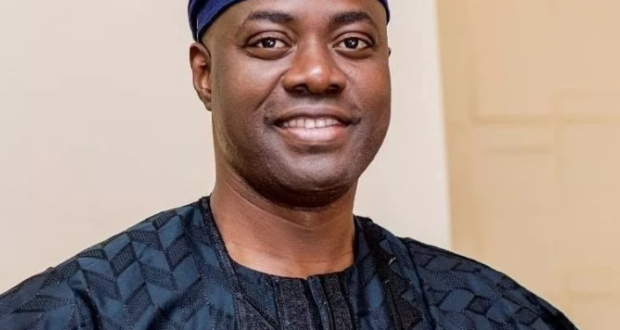 Council Chairmen: “You are creating trouble for yourself,” Oyo APC warns Makinde

The Oyo State All Progressives Congress (APC) has lacerated Govenor Seyi Makinde over what it described disappointing actions already taken him ess than 24 hours after his inauguration.

The party warned that the new governor, saying  that he might create more crises for himself, if care was not taken.p

The warning is coming in the wake of  local government chairmen insistence to remain in office despite Makinde’s dissolution directive.

They said that he lacked the power to dissolve a constitutionally elected local government administration.

Reacting, Oyo APC, in a statement by its Assistant Publicity Secretary, Prince Ayobami Adejumo, regretted that the new governor started to breach the oath of office right from the venue of the swearing-in ceremony. They said he failed to condemn the activities of his supporters, who allegedly harassed innocent people and perceived opponents.

The statement reads: “We, at the APC, had resolved to give him (Governor Makinde) a benefit of the doubt since he was declared by the Independent National Electoral Commission (INEC) as the winner of the March 9, 2019 gubernatorial poll in the state while the court is yet to decide on the attendant petition before it, but events in the last 24 hours have suggested to us that there is fire on the mountain.

“How can one swear to an Oath of Allegiance to the Constitution of the Federal Republic and then turn back few hours later to wage war against democracy at the grassroots? The decision to dissolve elected officials in all the local government councils across the state is not only misplaced but a gross violation of the nation’s constitution as well as a coup against constitutional democracy.

“One would have expected Governor Makinde to resist pressure from his PDP members who are desperate for political office appointments at the third tier level as mere compensation and uphold the sanctity of the rule of law in view of the fact that the current council chiefs hold a valid three-year mandate from a popular election and in addition to that, there is a Supreme Court verdict which shields them from being sacked from office irrationally.”

It added: “Rather than dissipate time and resources on unnecessary actions in order to satisfy the whims and caprices of some political hangers-on, it would be in the overall interest of the state for the governor to approach governance with caution and seek proper guidance from God and appropriate resource persons. The good people are better informed after the successful two terms of Senator Abiola Ajimobi and they deserve the best from his successors.

“The most important challenge before the new PDP administration is how to improve on the fantastic security architecture left behind by Ajimobi. The same bad eggs among the commercial driver’s union who unleashed terror on the citizenry with impunity during the previous PDP administrations are at it again, according to reports from some parts of Ibadan- the state capital, and the government seems unperturbed.”

But, the Oyo State Chairman, Association of Local Governments of Nigeria (ALGON), has vowed that its members would remain in office until a properly constituted court of law voids their election.

Addressing reporters in Ibadan on Thursday, ALGON chairman, Prince Ayodeji Abass-Aleshinloye, called on security agencies to protect members of the association and elected councillors as they continue to carry out their duties in office.