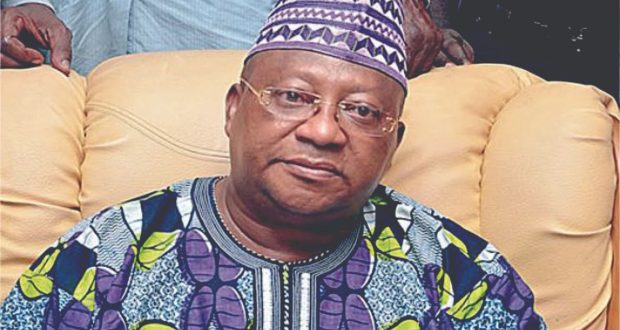 An Osun State High Court sitting in Osogbo on Thursday discharged and acquitted a nurse, Alfred Aderibigbe who treated late Senator Isiaka Adeleke before his death on April 23, 2017.

Recalls that former governor; Rauf Aregbesola signed an executive order setting up a coroner inquest to look into the cause of the death of Senator Isiaka Adeleke which he appointed Magistrate Olusegun Ayilara as head of the inquest.

The findings of the Corona Inquest revealed that Senator Isiaka Adeleke died of drug overdose coupled with an aspiration of gastric content. Magistrate Ayilara said the deceased had an administration of an overdose of sedative and analgesia by unqualified personnel, Alfred Aderibigbe, through intravenous means, which action was hastened by the presence of alcohol in the system. The deceased had patronised the nurse for over 20 years and had taken treatment from him without a doctor’s prescriptions, The Nation reports.

Ayilara indicted the nurse, Mr. Alfred Aderibigbe, who treated Adeleke shortly before he died, as unqualified personnel and recommended that the Department of Public Prosecutions should duplicate the case file and press approbation charges against the nurse.

Nurse Alfred Aderibigbe was arraigned in the High Court on 8th June 2018 and he pleaded not guilty to one count murder charge preferred against him contrary to section 316 and punishable under section 319 of the Criminal Code Law Cap.36 Law of Osun State 2003.

The Prosecuting team from the Ministry of Justice led by Acting Solicitor General and Permanent Secretary, Barrister Dapo Adeniji had called nine (9) witnesses and tendered several exhibits during the trial. Among the witnesses is Chief Medical Director of Ladoke Akintola University Teaching Hospital, Osogbo, Prof. Akeem Lasisi, The Consultant Pathologist, who carried out the autopsy on Adeleke’s corpse, Dr Taiwo Sholaja, police forensic expert and others.

Also, Aderibigbe, during his trial gave evidence before the Court, said the drugs he gave the late Senator were those given to him by Adeleke and not in overdose.

Counsel to the nurse, Barrister Soji Oyetayo, informed the court that none of the witnesses visited the late Senator house to confirm if the used drugs brought to the Court it was truly administered to deceased.

He said, “My client was shown a doctor prescription by deceased before administering the injection/drugs on the deceased. He saw on the doctor’s prescription as a prescription written by a Lagos doctor whom he could not remember his name anymore and after checking same, he returned it to the deceased. We, therefore, urge your Lordship to discountenance the submission of the prosecution counsel in this regard as misconceived and lacking in evidence as the prosecution failed to prove to the Court that the Defendant acted without doctor’s prescription.”

He noted that none of the witnesses and police investigating officer visited the scene of the crime to retrieve the doctor’s prescription which was in the custody of the deceased before his death. Late Senator suffered from hypertension and gout during his lifetime, submitting that the evidence showed that the deceased death was conflicting mixed up and inconclusive.

“The deceased was in emergency need of medical attention before the invitation of the defendant to treat the deceased. Oladipo Fabode who handed over the used drugs investigating Police officer didn’t testify throughout the trail and the said drug is not harmful to late Senator or anyone.”

In his judgement, Justice Ayo Oyebiyi said that Prosecution Counsel failed to proof his case beyond a reasonable doubt and hereby discharge and acquit the defendant

Previous: 2023: This is constitution of common sense, power should come to South- Shekarau
Next: Lagos by-election: APC raises alarm, says some elements planning to disrupt poll