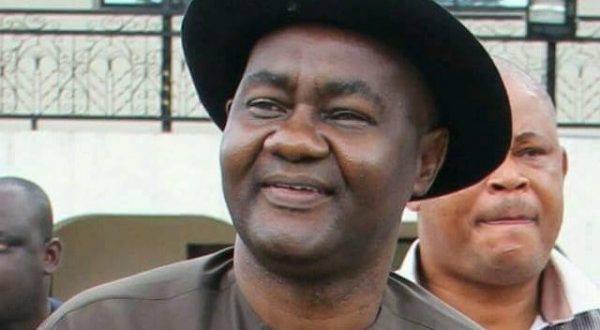 The order is coming following the bSupreme Court’s judgement that resolved the leadership crisis in the state.

But Abe declared the crisis that rocked the party in Rivers State was abou injustice meted on members by the leadership.

Speaking whiled addressing APC stakeholders in Port Harcourt at the weekend, Abe urged members of the party accepted the outcome of the ruling of the Supreme Court

Abe said: “In the coming days and weeks, we will carefully watch the statements, actions, and utterances of the party as it is the resolution of these issues that will bring lasting peace to the party and restore its standing, not only amongst its members, but also in the eyes of the Justice-loving Nigerian public especially Rivers men and women.

“We congratulate Barrister Ogbobula and his team and advise all our members with conflicting claims to any alternative structures within the APC in the state to immediately drop all such claims and all alternate party offices in the name of APC across the state should revert to private use”.

Abe in a statement signed by his media, Parry Benson, said aggrieved members had other political options to achieve their desires.

He said: “On Friday, March 05, 2021, the Supreme Court of Nigeria handed down a series of Judgments on the lingering crises in the Rivers State chapter of the All Progressives Congress (APC).

“The content of their judgments, held that the matters should not have been litigated in the first place but ought to have been resolved by the leadership of the party, political parties being voluntary associations.

“It is important for Nigerians and the leadership of the All Progressives Congress (APC), to remember, well and truly that the crisis that engulfed the party was not about party structure which was actually not in dispute.

“It was rather, about the treatment meted out to party members who felt betrayed when the very reason for which they voluntarily joined the party in pursuit of justice, fairness and respect for their rights, were dismissed with impunity, by the leadership.

”Party members, who paid monies for forms were not only denied their rights to participate in the congresses contrary to the Constitution of the party but were tear-gassed, and summarily excluded from all party activities and denied every privilege of membership.

“Indeed, the millions of Naira collected from the party members for the forms which were never issued to them after collecting their monies, remain with the party till this day.

“It was this exclusion and treatment that led to the emergence of alternative structures within the party.

“The battle to establish their rights and have the APC to acknowledge its wrong-doing led to the crises and to the Courts. The party, as all of us know paid dearly, almost fatally, for this indiscretion. The rest as they say, is history