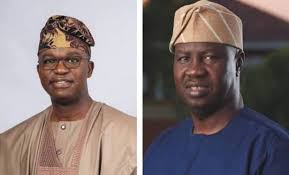 A Federal High Court, Lagos, will on March 1, 2021 deliver judgment in respect of a suit on the bye-election for the Lagos East Senatorial District of December 5, 2020.

The PDP and its candidate in the poll, Ademola Gbadamosi, are the first and second applicants, while the Independent National Electoral Commission (INEC), the All Progressives Congress (APC) and Senator Tokunbo Abiru are the first to third defendants in the suit.

The PDP is pursuing a claim that Mr Abiru of the APC was ineligible for the election on grounds relating to alleged double voter registration and indigeneship.

But Abiru, who won the election by a landslide, polling 89,204 votes against Gbadamosi’s 11,257 votes, argued his objection to the suit through his counsel Mr Kemi Pinheiro, SAN.

This followed the conclusion of arguments by counsel to all the parties.

The applicants through their counsel Ebun-Olu Adegboruwa, SAN, are seeking to disqualify Abiru as a candidate in the by-election.

But Pinheiro told Justice Chuka that Gbadamosi’s suit was incompetent, defective, statute-barred, commenced via a wrong procedure, and ought to be struck out.

He contended that the case of the plaintiffs lacked merit as Abiru was duly nominated and qualified for the said by-election.

In particular, Abiru and APC, through Pinheiro and Owonikoko, raised preliminary objections to the suit, contending that same was statute barred not justicable in law.

Relying on his preliminary objection and rewritten address, Pinheiro observed that Gbadamosi’s Originating Summons was “incompetently and inelegantly drafted” and contained “ungrantable reliefs.”

He stated that the Plaintiff formulated nine issues which related to double registration and the indigeneship, but that rather than argue the said issues, the Plaintiffs went on to argue two new different and distinct issues.

The Silk argued that the only thing left for the court to do was to strike out the said Originating Summons for being defective.

As regard Gbadamosi’s allegations of crime against Abiru, the counsel stated that the suit was a civil action brought by originating summons and the court could not make a finding on an allegation of crime.

Pinheiro noted further that the Plaintiffs do not even have the fiat of the Attorney-General to prosecute any alleged offence.

He argued that the right to vote under section 66 was very narrow and that residence of the candidate does not fall under such.

Relying on INEC v. Atuma, he noted that the issue of residency does not disqualify a candidate from contesting an election, The Nation reports.