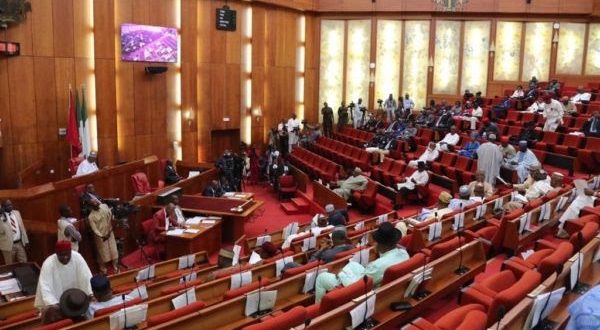 Garba Shehu, presidential spokesman, has kicked against the call by the Senate asking President Muhammadu Buhari to address Nigerians over the coronavirus.

Buhari’s spokesman described the call as “cheap and sensational”,

In a statement on Thursday, Shehu accused the senators of politicising the matter.

“Populist advocacies such as the one accusing the President of ‘complacency’ simply because he has not made a television address by ranking members of our respected parliament are cheap and sensational. These are not the times for populism and cheap politics,” Shehu said.

“North, South, East, and West – all Nigerians must unite to fight this plague, irrespective of religious or ideological affiliation.

“We also plead with Nigerians not to see this most peculiar of times as one to be politicised or seen as an opportunity to regurgitate grudges against the government or the ruling All Progressives Congress (APC).”

Shehu said there is no cause for alarm as the country is “on top of the situation”.

He said the Buhari administration has taken some steps to check the spread of the virus.

The spokesman identified some of the measures to include travel ban on 13 countries, reduction of petrol price, and availability of credit relief for affected businesses.

“The Presidency wishes to assure Nigerians that government is on top of the situation. There is no cause for panic. So far measures put in place are working efficiently. What this country is doing has been recommended as a template,” he said.

“The President trusts the relevant Ministers in his cabinet and the officials of the National Centre for Disease Control (NCDC), who are providing him with constant updates and professional counsel. These officials have a track record of competence.

“We do not want to create panic. But we will continue to update the Nigerian public with relevant information. We plead with every Nigerian to cooperate with the government in the fight against Covid-19 and obey all instructions from the NCDC.”