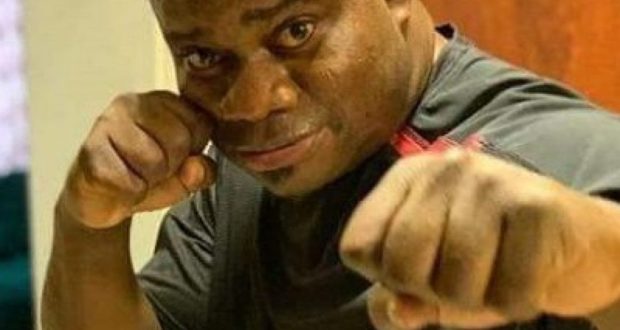 Governor Yahaya Bello of Kogi has hit back at his political opponents, saying that those wishing that he contact the disease would be infected with HIV/Aids.

The governor stated this in a 28 seconds video. Gov Bello in the video claimed to be hale and hearty

The Kogi State Chapter of the Peoples Democratic Party, PDP, had advised Alhaji Yahaya Bello to subject himself to Covid-19 test having had contact with Abba kyari, the Chief of staff to President Mohammadu Buhari.

The governor challenged any body doubting to the boxing ring, assuring that he would emerge victorious.

His words” I gat no COVID. Those who wish me to have COVID will have HIV. I am good, hale and hearty. I challenge everybody to the boxing ring”.

The PDP in a statement signed by the Director Research and Documentation, Achadu Dickson said the fight against the dreaded Covid-19 virus can only be won when stakeholders show responsibility beyond lips service.

He urged those who had contact with the CoS to go for test. The statement appealed to the APC led government not to play politics with the health and safety of Kogites,

He, however, prayed for Gov. Bello and wished that he tests negative at the end.

“The PDP notes that it has still not seen any concrete preparation by the government to tackle the scourge in the state beyond the shut down and ban of public gatherings. We urged the Government to take a cue from what is obtained in Borno, Lagos and other states where they have shown serious commitment to fighting the scourge.

” For an issue that is presently a global phenomenon and requires political and other will to fight by leadership at all strata, we are worried by the sudden disappearance of the governor from the state for no serious reason, described it as unfortunate. The PDP however called on the state government to be civil even in the face of the enforcement of the order banning public gatherings,” the statement

Previous: Lagos Assembly Crisis: “Direct affairs of the house as you wish,” Tinubu reportedly tells Obasa
Next: Kogi Guber: “You are not qualified to contest,” court tells PDP’s Musa Wada