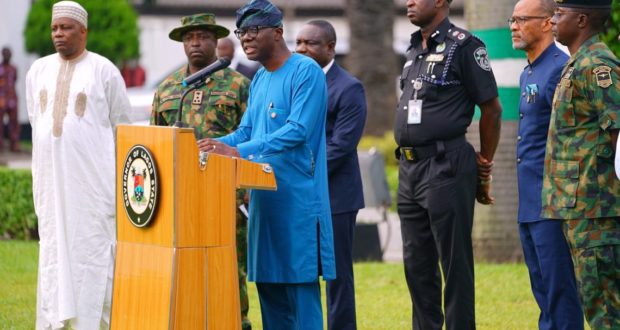 The Director General, Centre for Institutions Reform in Nigeria, Lai Omotola has tasked the Lagos State Governor, Babajide Sanwo-Olu on the need to take advantage of technology to mitigate the increasing spread of the dreaded Coronavirus.

Omotola who gave the advice against the backdrop of the speed at which the disease is increasing daily, said the frequent movement by the Governor around the Lagos metropolis in helping to curtail the virus, could be drastically reduced by employing the use of modern communication devices and platforms in directing command operations.

Omotola whose Institution, has made valuable contributions to topical issues affecting humanity around the world, is of the opinion that the continue movement by the Governor and his entourage, has impeded the chances of maintaining a wholesome social distancing which is one of the safety measures the government and health experts are counselling the people to adopt.

Omotola who cited the recent announcement by the British Prime Minister, Boris Johnson to adopt video conference mechanism in meeting with his Cabinet to prop up action against the wide spread of the disease, cautions Sanwo-Olu to learn from the UK leader who is in Isolation after testing positive to the virus.

He further called on the Governor to work online which will achieve far reaching results and safety, thereby lending credence to recent directive issued to Civil Servants in the State to work from home.