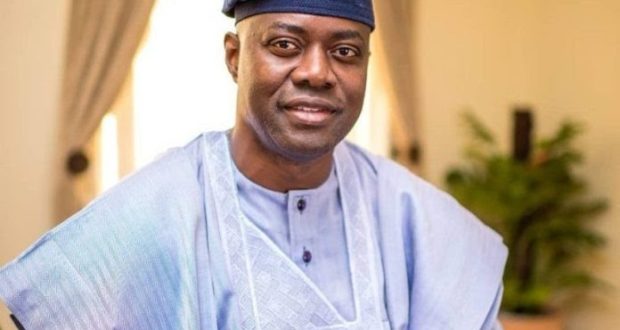 Cross section of Nigerians have berated Governor of Oyo state, Seyi Makinde over a rally it organized in the state at a time when coronavirus is spreading in Nigeria.

The rally had in attendance a Special Assistant to the governor on Culture and Tourism, Taye, who is alleged to have recently returned from the United Kingdom, one of the countries with high suspected cases of coronavirus.

This did not sit well with Nigerians especially after the health minister, Osagie Ehanire confirmed five more cases of Coronavirus in Nigeria including that of a man who had been in Ibadan for two weeks before departing to Ekiti.

Also, a suspected case of the disease is presently being monitored in Ibadan, the Oyo state capital.

The state Commissioner for Health, Dr. Bashir Bello speaking to newsmen on Wednesday said the suspected case in his 50’s arrived Bodija area of Ibadan from the United Kingdom.

Some Nigerians took to their social media pages to lament the possible effect of the rally and the underlying carelessness on the part of the Oyo state government.

@DeeoneAyekooto “The American who took the Coronavirus to Ekiti had spent 2weeks in Ibadan with his friend and driver. The American died in Ekiti 72 hours after their arrival, the driver tested positive but the friend a female is negative! Makinde was holding rally in Ibadan today. Terrible!

@BhadmusAkeem “The SA to Oyo state Governor on Culture and Tourism, Taye Currency came back from the UK after spending some days there and he attended a political rally at Mayo hall, Ibadan today. No isolation, no report. I thought we have a well read/informed Governor. What on earth is this?

@Demolarewaju “That PDP rally in Oyo State today was terrible optics and totally out of the progressive character so far displayed by Seyi Makinde.I do hope that by tomorrow, Oyo will show working that it is ready to lead the way in the SW in terms of containing and combating the coronavirus.”

@Bori_nla “For the records Seyi Makinde and his team were in Florida on March 4th , they held a mega rally in Ibadan yesterday the 18th , the 14 day self isolation period wasn’t observed.”

@Ekundayo_yaqup “The governor got it all wrong this time, at this critical moment, what is even the benefit of the rally to the larger populace than to foster their own individual political career. Politicians are all the same regardless of the platform that present them to the field of authority

@Abyfun_bae “Egbami someone that just got back from the UK ooo, I thought our governor should know better
we already have a coronavirus case in Ibadan already because of there negligence which one is this now again bayi, which kind yeye rally them dey do self.”

@Amid_temtayo “Gov. Makinde and his aides were in Florida in 4th of March,they held a rally in Ibadan yesterday,no blame game. The government should ban social gathering, Guys please practice social distance in Ibadan and other states. If possible buy all d necessary stuff for few weeks.”

@directormink “It won’t shock me if the so called SA Taye Currency is been asked any question about COVID-19 and what personal hygiene measures he took.”

@Donbarzini “Political rally at this critical time? Is it that when someone attains a position of leadership in Nigeria, he automatically loses his mind?