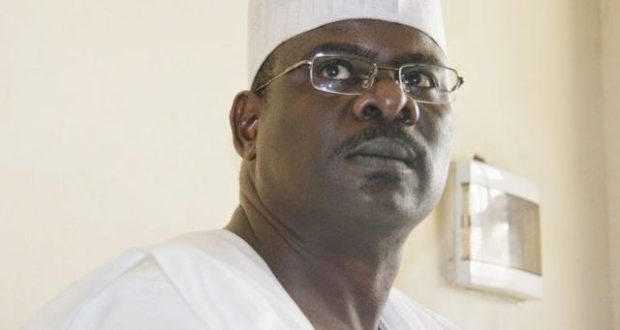 COVID-19 Palliatives: Presidency fires back at Senator Ndume over comment

The Presidency has hit back at the Senator representing Borno South Senatorial District in the Senate, Senator Ali Ndume, for allegedly making unsubstantiated allegations against President Muhammadu Buhari’s administration.

The Presidency, in a statement issued by the Senior Special Assistant to the President on Media and Publicity, Mallam Garba Shehu, blasted the Senator.

The Senator had claimed that some unnamed functionaries in the government had been involved in yet unnamed transgressions. He also attacked the Minister of Humanitarian Affairs, Disaster Management and Social Development, Hajiya Sadiya Umar Farouq.

Senator Ndume had on Wednesday, during a media briefing in Maiduguri, the Borno State capital, come down hard on the Federal Government’s Relief Committee on the Novel Coronavirus (COVID-19), headed by the Minister of Humanitarian Affairs, Hajiya Farouq, describing the processes adopted by the committee as less than transparent and calling on the President to disband it.

However, the Presidency took exceptions to Senator Ndume’s verbal attack on federal government’s efforts and the personnel working for at this critical time, pointing out that blank accusations, without convincing evidence, was not a way to help a government that is fighting to stay above a global pandemic.

The Presidency, in the statement, tagged “Senator Ali Ndume should figure out his mentioned ‘kleptocrats’ around the President or be quiet”, however charged the Senator, as well as all Nigerians, to use this period to join government in the fight against COVID-19.

first elected President in 2015, President Muhammadu Buhari said that he belonged to everybody and belonged to nobody. What was true then remains true today.

“He believes in public service, as a servant of the people – and he expects the exact same commitment from members of his government and, of course, his closest aides.

“The President has made it clear times without number that anyone who will not, cannot, or does not pull his weight – nor meet these exacting standards – is not welcomed in his administration. A number of ranking officials have been shown the way out at various times simply on account of this.

“Similarly, he believes in loyalty and truthfulness. Should any individual be found to be serving themselves and not the people, then it is right and proper to call them out. But this must be done on the basis of evidence and proof – not on conjecture.

“It is therefore disappointing to hear a politician call out unnamed individuals in the administration and accuse them of unnamed transgressions.

“If this politician has evidence – then he should make public their identities as well as his proof. Innuendo is not proof.

“Similarly, simply claiming that the COVID-19 Palliative Measures Committee is not functioning as it should is not the same as presenting proof for such a claim.

“No one replaces an institutional government body in the midst of the global pandemic without clear and irrefutable evidence that it needs replacing.

“A press briefing from a discontented politician is rarely the source of such evidence.

“At this difficult time of the battle by Nigeria against Coronavirus, everyone should help the fight and not seek to make political capital out of it, whatever his or her grievances”, it said