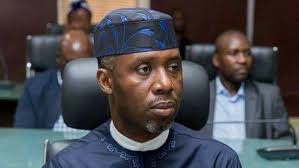 Crisis: Founding fathers of APC have been neglected- Nwosu

A top stalwart of the ruling All Progressives Congress (APC) and former governorship candidate in Imo State, Uche Nwosu, has called on the party stakeholders to  desist from actions and utterances that may further inflame the current crisis in the party.

According to him, the founding fathers who were neglected  should be brought back to a roundtable to discuss the issues in the party.

He traced the internal crisis rocking the party on the derailment of the Mai Mala Buni-led Caretaker Extraordinary Convention Planning Committee (CECPC),

He called on  the direct intervention of President Muhammadu Buhari in the peace efforts if it must succeed.

He added that instead of Buni’s  committee  to those who laboured to build the party, it pitched its tent with a selected few to grab party structure.

He noted that until those that formed the merger that gave birth to the APC like former Lagos State Governor, Bola Ahmed Tinubu, pioneer National Chairman of the party, Chief Bisi Akande, Chief John Odigie Oyegun, Rochas Okorocha, Ogbonnaya Onu, Chris Ngige, former Borno State governor, Kashim Shettima, former Zamfara State governor, Abubakar Yari, among others are brought on a roundtable to discuss the future of the party, genuine peace and reconciliation will remain elusive.

In his words, Nwosu who spoke with  journalists in Abuja, “the Acting Chairman Mai Mala Buni was the secretary of the party and I thought that as a secretary and a party man he should’ve known the problems of the party, he was there when the crisis started in the first place and remember the President brought them in to reconcile aggrieved factions of the party and to conduct the convention, he did not bring them to do any other job.

“Their mission was clearly stated, party reconciliation and convention, in the area of reconciliation, I must be very plain, the Committee failed woefully, no state has been reconciled, I am surprised, by now we should be talking about how we reconciled Imo, Rivers, Ogun, Anambra, Delta, Kano and Edo states but no reconciliation was done. On the issue of the assignment, they failed and that is why we have these problems now.

“On the issue of convention, you can see how we have been wobbling, today convention, tomorrow convention and nothing has been done. So for anybody coming tomorrow, as the Chairman of the party, he should understand the problems of the party, you don’t just administer drugs on a patient without knowing the sickness or the cause.

“So anyone taking over from this committee should first reconcile the different groups in the various states and from there we can move ahead”.

He added that, “first of all nobody is happy that a party we founded that by now we should be talking about our achievements and giving account of what the party has given to Nigerians, we are here fighting over who wants to have the structure of the party and all that. It is a very bad one indeed because the party was not built for people to grab structure, the party was built for us to impact the lives of Nigerians who voted us into power in 2015 and 2019.

“It will be so disappointing for Nigerians to be looking at us that we are busy grabbing party positions. But for me I have said it earlier on and I will also repeat it again that the founding fathers of the party must be called to seat on a roundtable and discuss the way forward for this party, the problem we have in this party today is that the real people that suffered and laboured for this party have been forgotten.