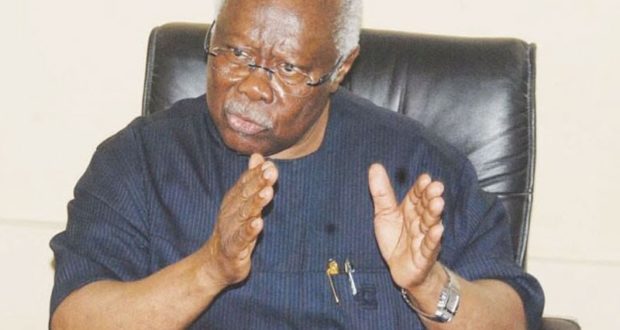 A faction of the Peoples Democratic Party (PDP) in Lagos State loyal to Chief Bode George may have shunned the order of the party’s national leadership that feuding camps should sheathe their swords and support Mr. Deji Doherty as chairman.

Following Doherty’s emergence as chairman, Dominic kicked against the congress and threatened to go to court.

A source said a Lagos High Court sitting in Ikeja will begin hearing of the case instituted by him on Friday.

According to the source, Dominic has the backing of George in his bid to bounce back as chairman.

Although the PDP national leadership directed the three camps in the chapter to close rank and team up with Doherty, supporters of George said they preferred to wait for the outcome of the suit against Doherty by Dominic.

George is holidaying abroad. His media adviser, Uthman Shodipe, hinted that “there is a case in court on the matter,” adding that he will not comment further until George returns to the country.