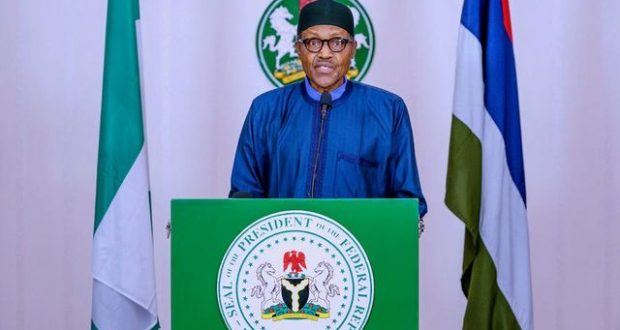 CUPP lashes out at Buhari over killings in Rivers

The Coalition of United Political Parties (CUPP), has blamed President Muhammadu Buhari for the killings being perpetrated by men of the Nigerian army in Rivers State.

This is despite some residents of the LGA blaming Governor Nyesom Wike for the killings.

Recall that a resident of the area, Ndu Amaike told newsmeon that the alleged killing started since Governor Wike signed the executive order, declaring a total ban on the Indigenous People of Biafra, IPOB in all parts of the State.

Amaike said the essence of the military action is extra judicial, adding that, “I have personally lost two people that are close to me. The army just shoots at will and bullets will just touch people.

“The soldiers mounted roadblocks on the major roads, but we now hear that they are about to move into the streets. So, those that have gates have started to lock their gates. People are just scared really.”

However, CUPP urged Buhari to call off his ongoing use of brutal military action in Oyigbo, adding that it has petitioned international human right bodies to start criminal trials of those who participated in the extra judicial killings.

CUPP said it has found it extremely important to raise its voice against what it described as the ongoing brutal military onslaught against residents of Oyigbo.

The political parties noted that the massacre, which is being carried out under the guise of peace keeping, is coming after the same military was unleashed on peaceful protesters in Lekki area of Lagos State.

“It is indeed worrisome that despite the negative reactions the Lekki incident attracted both from local and international scenes, the government of President Muhammadu Buhari still deployed troops to Oyigbo,” CUPP said in a statement signed by its National Publicity Secretary, Ikenga Imo Ugochinyere.

CUPP said it was wondering the rationale behind Buhari administration’s “easy way of shedding innocent blood without blinking an eye.”

“We are hereby calling on the president to immediately call off the ongoing use of brutal force by soldiers in Oyigbo.

“We are also calling on international human right bodies to start criminal trials of those who participated in the extra judicial killings of defenseless people in Oyigbo and other parts of the country.

“This nation is in a democracy, and we therefore condemn any attempt to militarize the country under any