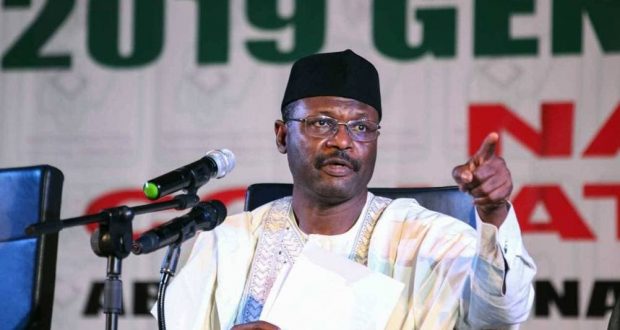 CUPP reacts to reappointment of Yakubu as INEC chairman

The Coalition of United Political Parties (CUPP) has felicitated with Mahmood Yakubu on his reappointment as the Chairman, Independent National Electoral Commission (INEC).

The CUPP in a statement issued by its Spokesperson, Ikenga Ugochinyere, on Tuesday in Abuja, described Yakubu’s reappointment as the only chance for him to set Nigeria electoral processes on the right path.

They also urged him to use this second term appointment, which is novel in the political history of Nigeria, to cleanse our electoral process and consolidate on the gains of Edo and Ondo elections.

“The shifted elections earlier scheduled for Oct. 31, would be the first test of what this second term would be for.

“Nigerians will expect nothing less than a very credible, free and fair 2023 general election from him,” the statement said.

It also called on the Nigerian Senate and opposition lawmakers to confirm the re-appointment of Yakubu.

According to the statement, Yakubu’s confirmation will allow him the needed neutrality to oversee the upcoming by-elections and adequate time to start the cleansing process for Nigeria’s electoral process.

It, however, said that the CUPP would be watching the INEC Chairman closely as he led the Commission into reforming Nigeria’s electoral process.

“We will watch him as he carries through the introduction of electronic voting which the Commission has been test running over the years.

“As the longest serving Chairman of INEC, we call on Prof. Yakubu to deploy all his now garnered experience in the last five years to hit the ground running knowing that there will be no third chance.”