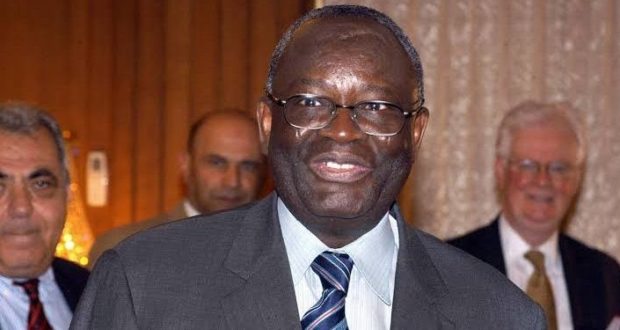 CUPP to Gambari: Use your experience to deliver Buhari from pit of incompetence

The Coalition of United Political Parties (CUPP) has broken silence on the appointment of Ibrahim Gambari as the new Chief of Staff to President Muhammadu Buhari.

Speaking through its spokesman, Imo Ugochinyere, CUPP said the body was aware that Gambari was a “die-hard agent of the late military dictator, Sani Abacha”.

It alleged that Gambari supported “the evil execution of late Ken Saro Wiwa and annulment of June 12 election.”

CUPP said it will watch the CoS closely as he resumes duties at the Presidential Villa and will hold him responsible for his actions.

The coalition urged Gambari to use the experience he has garnered on the global stage to pull out his boss “from the deep pit of incompetence where he has sunk into”.

“We remind him that with his new appointment, he has been placed in a strategic position to help redirect the nation from the path of destruction which his boss has been moving it to.

“He should stand up and be counted among those interested in the repositioning of the country so that history can be fair to him at the end of his assignment”, CUPP added