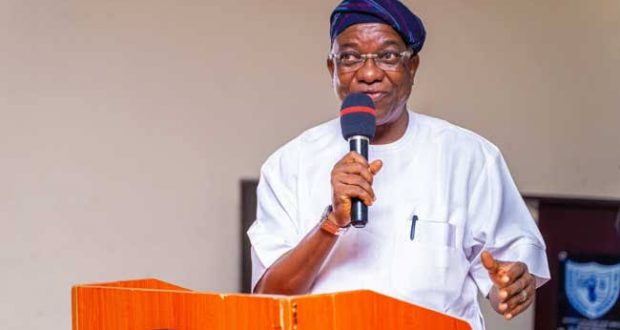 Following his defection to the All Progressive Congress APC, the Oyo State House of Assembly, on Wednesday, began the process of impeaching the deputy governor of the state, Mr Rauf Olaniyan.

This development follows the reading of a 5-point petition and notice of allegation against the deputy governor at Wednesday’s plenary presided over by the Speaker of the Assembly, Honourable Adebo Ogundoyin.

He was accused of  gross misconduct, abuse of abuse, financial recklessness, abandonment of office/official duty, insubordination and other offences.

The petition addressed to the Speaker of the Assembly was signed by 24 lawmakers.

The Speaker subsequently directed the Clerk of the House, Mrs Yetunde Awe to write the deputy governor mandating him to respond to the allegations within seven days.