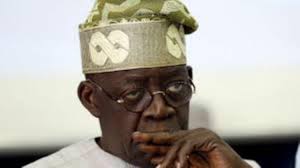 Deji Adeyanju explains why Tinubu will defeat Atiku, others

Renowned activist, Deji Adeyanju, a popular socio-political commentator based in Abuja, has predicted that the All Progressives Congress, APC, will win the 2023 presidential election.

He noted that APC candidate, Bola Tinubu will win because opposition political parties are not united and are only interested in negotiating with APC.

“APC will win next year’s general election because the opposition are not united.

“They are only interested in popularity contests to build on their future political plans and also to negotiate with the APC led government to divide votes,” he wrote.

Previous: You should wait till 2027 or 2031- Babangida tells Peter Obi
Next: We will not allow Osun to be rigged like Ekiti- Davido vows